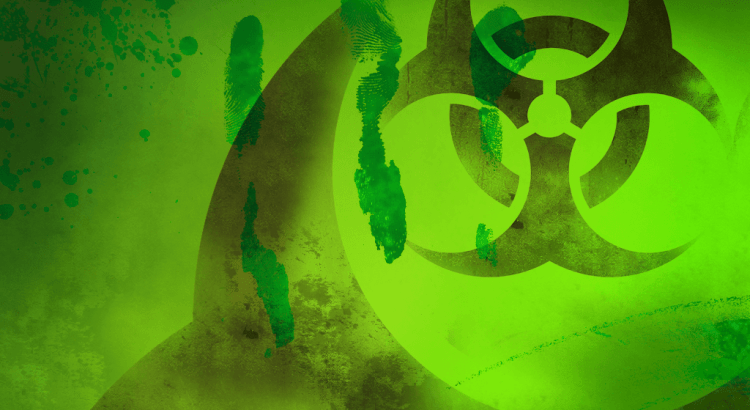 A lot of experts feel that fear is a great way to control the masses.  One can see the logic in that when some thought is put on it.  There is quite a bit of information out there that would easily support this claim.  Many laws are passed that take away a  person individuals liberties all for the sake of feeling safe.  There are many means of control.  One of these major ways to control a group of people could well be a deadly disease or virus.

Certain actions, though not similar, can bring about the same or similar reaction in people as a whole.  Terror has been used, real or fake, to create a sense of fear and urgency as well as uncertainty in order to push an agenda whether it be war or martial law.  Over the last few decades, we have been hit with a handful of new pathogens or viruses that cause the average person a lot of stress and fear of one’s own life.  We had sars, bird flu, swine flu, ebola and now we have to face the coronavirus.

Three months ago, there was a simulation of a coronavirus outbreak.  A staged pandemic drill.  It’s not so bad that they had a drill, it’s just the timing of that is suspicious.  This event was carried out by the World Economic Forum.  Yet another organization that most humans haven’t even heard of but powerful world leaders and leaders of industry and entertainment congress and make plans on things and issues which concern everybody all without including the average citizen.  John Hopkins University and the Bill and Melinda Gates Foundation were in attendance.  It was called Event 201 and was focused on the coronavirus.  The scenario was played out in which the virus spread into South America and would be blamed on animal to human transmission.  They estimate 65 million deaths worldwide.  Human freedom would almost certainly be dead.  Event 201 was executed exactly how the outbreak is currently taking place.  At this time, they are claiming that Wuhan, China is ground zero for the outbreak and that the eating of bats and snakes led to the coronavirus epidemic.  But, coincidentally there are biohazard laboratories in Wuhan.  It’s possible that the bug could have been miss-handled and gotten out of a lab or maybe it was purposely let out.

These people that belong to this Economic World Forum also belong to the infamous one percent.  They are the same people that supported eugenics and world depopulation.  This meeting was held in Davos, Switzerland.  Currently, there are over 71,000 cases around the world with 99% of them being in China.  The virus has claimed 1,776 lives.  11,147 people have recovered for the coronavirus infection.  It’s said to have an 83% infection rate and a 17% fatality rate.  Is this disease naturally occurring or is there something a lot more nefarious taking place right under our noses?  Some feel that maybe President Trump hand something to do with this outbreak specifically to destabilize China.  Social experimenting could be taking place just as well.  The perfect test group would be people stranded on ocean liners under quarantine.

Can a killer bug just pop out of nowhere?  Chemical and biological warfare has been used in military battles for centuries.  A bug like the coronavirus could be of interest to many who may stand to benefit financially or militarily for its use as a biological weapon or to get a pharmaceutical drug on the market.  Also, consider the fact that Bill Gates is all about population reduction and is part of a mock pandemic international exercise.  Bill Gates comes from a line of eugenicists.  This should raise a red flag but most people don’t truly understand Bill Gates’s agenda.  He’s no humanitarian.

Not only is the information coming from China is being doctored but this whole thing may be manufactured, including the coronavirus itself.  Did this outbreak start with people eating certain animals or is it due to scientific negligence? Maybe this is China being used as a testing site or was the virus created as a new form of bioweapon?  These are some of the possible pieces of the puzzle.  We have to put the pieces together.