Bloomberg  and his money are wrecking the Democratic Party 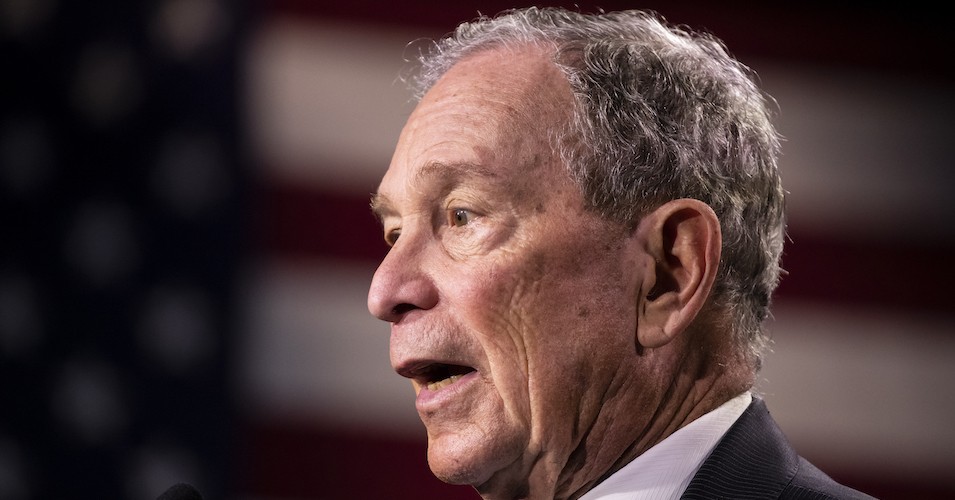 I am not a conspiratorial theory-type.  But if I was, I might suspect that former New York Mayor Michael Bloomberg is Republican secret agent – a sort of Manchurian candidate – programmed to wreck the Democratic Party and get President Trump re-elected.

Of course, he is not.  But he could not do more to ensure the defeat of the eventual Democrat candidate for President. – no matter who it is.

For generations,  Democrats have promoted the belief that all those corporate fat cats were Republicans.  That is why they complained about political donations from evil Wall Street.  If there ever was the personification of what Democrats claimed to hate, it is Michael Bloomberg – a mega-billionaire willing to spend a fortune to buy his way into the White House.

While billionaire businessman Tom Steyer exposed a bit of Democrat hypocrisy as the Party leaders embraced both Steyer’s politics and money, Daddy Warbucks Bloomberg eliminates any pretense that Democrats are concerned about corporate money and those Wall Street one-percenters who control it.

They may be critical of him as a competitor, but not his money in principle.  Senator Elizabeth Warren said Bloomberg should withdraw from the race but encouraged him to then use his billions to help Democrats get elected.

On the issue of money-in-politics, Bloomberg takes the onus off Republicans and makes the Democrats look bad.

However, that is small potatoes, as they say, compared to the damage Bloomberg is doing by running for President.  While he claims to be most concerned that socialist Bernie Sanders might actually get the Democrat nomination for President, Bloomberg’s campaign is making that prospect more and more likely every day.

Bloomberg clearly further splinters the anti-Sanders vote.  Entering the race was bad enough.  But Bloomberg brought to the campaign more than enough money to guarantee a bloc of delegates – despite skipping the first four primaries.

Bloomberg’s initial strategy was based on arrogance and hubris.  It was to put so much money in the race that folks like Biden, Buttigieg and Klobuchar would immediately suspend their campaigns and yield the road to Milwaukee to Bloomberg.

That is a simplistic theory, and there is no assurance that all the Biden, Buttigieg and Klobuchar voters would go for Bloomberg.  It is arguable that a large percentage – even a majority of black and Hispanic voters in the so-called moderate camp — could switch to Sanders.

Since the moderates have not dropped out, Bloomberg has initiated Plan Two – to force a brokered convention in which he could more secretively buy the nomination.  That, of course, would make the Democrat presidential nomination a jump ball between him and Sanders.

That is how Bloomberg will destroy any chance Democrats have of beating Trump.  Imagine a nation facing the prospect of four more years of President Trump – by all measure a fairly successful President despite his abrasive and pugnacious personality – and either the radical socialist or the American oligarch as the other option.

If Sanders was the nominee, he has already said that Bloomberg’s money would be unwelcomed – and even Bloomberg seems to believe that no amount of money would overcome Sanders’ political vulnerabilities.  He is probably correct.

If Sanders is kicked to the side at the convention and Bloomberg emerges as the Democrat standard bearer, no amount of money would get all those angry and bitter Sanders’ supporters to the polling places.  They would more likely be in the streets protesting.  It could be 1968 all over again.

Bloomberg has the reputation as an intelligent man – but you have to wonder.  Is he clueless of the damage he is doing to the Democrats – maybe even irreparable at this point – and the benefit his candidacy is providing to Trump?  The only explanation that makes sense is the blindness of arrogance.