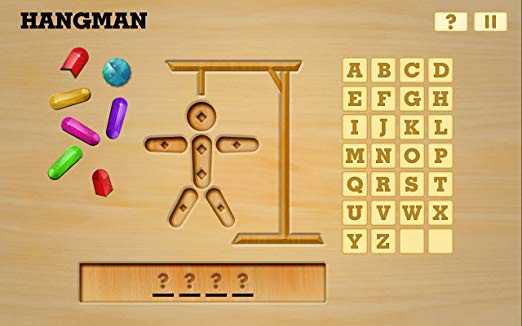 HORIST: The fuss about the “L” word

President Trump referred to the impeachment process as a “lynching.”  In colloquial usage, the word means that a person is being unfairly treated – outside the bounds of law and tradition.  We often call our adversaries in such a situation as a “lynch mob.”

It is, of course, a rhetorical allusion – not a statement of literality.  It is a “catch phrase” that has been in common use for generations.

In its current manifestation, it is also another example of how Trump hatred has distorted and reversed the norms of civil discourse.  Within moments of Trump’s use of the word, the #NeverTrump Resistance Movement went into high gear – claiming that Trump is engaging in racist rhetoric.

According to virtually every Democrat presidential candidate, the use of the word was ripping open the deep wounds of slavery and segregation – alluding to an era in which more than 4000 people were summarily hanged without due process or the right of a fair trial.  About three- fourths of the victims were black Americans.

According to such shameless race baiters as Al Sharpton, Trump’s use of the word was more evidence of his racist soul – minimally an insensitivity to the impact such language has on the African American community.

As with all anti-Trump narratives, the concocted lynching controversy was played out in the elitist east coast media for days and would be archived for periodic future use – whenever the propaganda press chose to pile on with a repetitious history of condemnations of Trump.  It has now become a permanent addition to the media echo chamber.

As with much of the negative reporting on Trump, the lynching controversy requires a complete re-invention of history and reality.  As an allusion the use of “lynch mob” and “lynching” have been as common as mosquitoes on a hot humid day in Georgia.

Former Vice President Joe Biden was one of the Democrat hopefuls who did not have much to say about Trump’s use of the word.  Maybe that is because in a television interview during the Clinton impeachment hearing, Biden referred to the process as a … you guessed it … lynching.

In a total escape from logic and reality, Biden now claims that Trump used the word deliberately while he, Biden, used the word unintendedly – without malice aforethought.  Really?  Biden then added his use of the “L” word to his growing list of apologies of past statements and actions.

Democrat Congressman Jim Mc Dermott also used the newly forbidden word – and he even went further in a speech on the House floor during the Clinton impeachment hearing.  He factiously suggested that Republicans were “… going to find a rope, find a tree, and ask  questions later.”  And how did his Democrat colleagues respond?  They applauded.

Then-Senator John Kerry and then-Senate Leader Harry Reid were also among the verbalizers of the “L” word from the Senate floor, no less.

New York Congressman Jerry Nadler criticized House Republicans for criticizing the impeachment process by saying,  “In pushing the process, in pushing the arguments of fairness and due process the Republicans so far have been running a lynch mob.”

Perhaps the most notable examples of using the “L” word came from New York Congressman Gregory Meeks and Illinois Congressman Danny Davis.   Meeks called the impeachment of Clinton a “political lynching” and Davis referred to it as a “lynching in the People’s House.”  Meeks and Davis are both black legislators.  If “lynching” was such a hurtful racist word, you would think they – above all people – would have known that.

It is obvious what is going on here.  Reality cannot stand in the way of maligning Trump – and that hypocrisy remains the dominant characteristic of the political class.

So … ignore the mock shock.  And, if you want to get away from all the heavy political news of the day, you can always play “Hangman” online at hangmanwordgame.com – or as a “cool math game” at coolmathgames.com.  There are other sites featuring what is described as a “classic fun game.”

FOOTNOTE: If there is any value in conjuring up the historic reality of lynchings in America it might be to remind us that virtually every lynching of a black American was done by Democrats with the tacit approval – or even participation of – the racist and segregationist Democrat leadership in Dixie.  Repeated Republican attempts to make lynching a federal civil rights crime in the 1930s, were defeated by President Franklin Roosevelt and his Democrat allies in Congress.  Just saying.