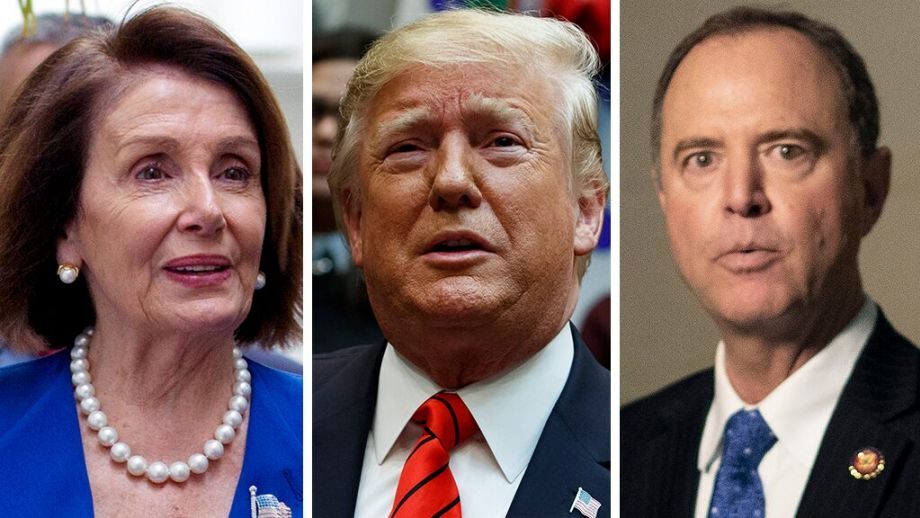 Apparently yielding to pressure from the GOP, House Democrats have introduced a resolution to formalize their impeachment inquiry and adopt rules to govern the proceedings. The resolution comes after sustained complaints by congressional Republicans and the White House that the inquiry hasn’t followed past precedent and violates the president’s due process rights.

But, illustrating the balancing act involved as the 2020 election cycle gets started, Democrats have adamantly denied that the document is an “impeachment resolution,” perhaps out of concern for how that label would play in more moderate swing districts.

Republicans, however, have countered that there is no “existing” impeachment inquiry because the House has not voted to open one as it did during the Clinton and Nixon impeachments — and Tuesday’s resolution does not explicitly open the probe, either.

“The resolution put forward by Speaker Pelosi confirms that House Democrats’ impeachment has been an illegitimate sham from the start as it lacked any proper authorization by a House vote,” the White House said in a statement. “It continues this scam by allowing Chairman Schiff, who repeatedly lies to the American people, to hold a new round of hearings, still without any due process for the President.”

The White House statement continued, “The White House is barred from participating at all, until after Chairman Schiff conducts two rounds of one-sided hearings to generate a biased report for the Judiciary Committee.  Even then, the White House’s rights remain undefined, unclear, and uncertain – because those rules still haven’t been written.  This resolution does nothing to change the fundamental fact that House Democrats refuse to provide basic due process rights to the Administration.”

What Does the Resolution D0 for Republicans?

The Democrats’ resolution specifies that ranking Republicans in the minority on the Judiciary and Intelligence Committees (Reps. Doug Collins and Devin Nunes, respectively) will have the authority, with the concurrence of committee chairs in the majority, to subpoena witnesses and compel their testimony — a major demand that the White House and top Republicans had made in recent weeks.

If the chair does not consent, the minority can appeal to the full committee. It is common in other proceedings for committee chairs to essentially have veto authority over subpoenas sought by ranking minority members.

The resolution further directs the Intelligence Committee, in consultation with the other committees, to prepare a report on its findings to the Judiciary Committee, which would actually write any “Articles of Impeachment.” In response to GOP complaints about Democrats’ selective leaks of opening statements and depositions, the document also authorizes the public release of testimony transcripts, with only sensitive or classified information being redacted.

And, the resolution permits Republicans to submit written demands for testimony and other evidence, to cross-examine witnesses, and raise objections.

There is no timeline given for the impeachment inquiry to conclude. The House Rules Committee, which is the gateway for most measures in the House, will meet Wednesday at 3 p.m. ET to prepare the resolution for the House floor, including by adding additional procedures. The full House will debate and vote on the measure Thursday morning, with a vote expected by midday.