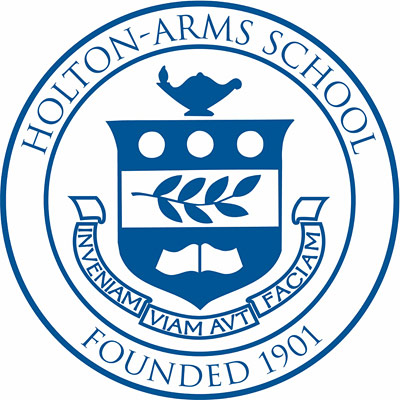 The sexual accusations against Supreme Court nominee Brett Kavanaugh have put his reputation on the line – as well as the reputation of the accuser, Professor Christine Blasey Ford. In the final analysis, however, it may be the reputations of the all-male Georgiopolitana Schola Preparatoria, more commonly known as Georgetown Prep, and the all-female Holton-Arms School that may wind up being ravaged.

Jesuit-run Georgetown Prep is where Kavanaugh spent his formative years. It is one of those east coast elitist schools where children of wealth and privilege tend to act … well … privileged. Most movies depicting these blue blazer campuses suggest that they are rife with under-age drunkenness and pre-mature debauchery – as opposed to mature debauchery. Turns out that the fictional movies may have captured reality far better than we could have imagined.

Kavanaugh’s claim of secrecy did not hold. His pal and classmate – and alleged witness to the alleged attempted rape — Mark Judge wrote about those early days under the tutelage of the Jesuits in his book ironically entitled, “Wasted: Tales of a Gen X Drunk.”

And sure enough. What he describes are frequent episodes of drunkenness and debauchery based on an exuberance of teenage testosterone. Despite his general description of his youth days – which includes admissions of his own drinking – Judge says he has no recollection of the events described by Ford and told the Weekly Standard, “It’s just absolutely nuts. I never saw Brett act that way.”

Taking a look at Ford’s Holton-Arms alma mater, one can see an example of equity between the sexes. It seems that this pristine ladies’ institution was as wild and salacious as their male counterpart.

In the face of Ford’s allegations against Kavanaugh, the administrators of Holton-Arms scrubbed their website – but not before a lot of embarrassing posts were spreading across the Internet like a pandemic outbreak of Swine Flu.

Ford’s own online yearbook described excessive drinking as a popular extracurricular activity. One item read “… we played such intellectually stimulating games as Quarters (in which you bounce a coin into a shot glass), Mexican Dice (where dice are used), and everyone’s favorite, Pass-Out, which usually resulted from the aforementioned two.”

The website referred to frequent parties to “celebrate any occasion” and stated that “Although these parties are no doubt unforgettable, they are only a memory lapse for most, since loss of consciousness is often an integral part of the party scene.”

Another report said that “Ann (last name redacted) and friends picked up some men who passed out in their apartment.”

In coming to the defense of Ford, 1000 Holton-Arms alumni were said to have signed a letter saying that they believed Ford. Their support was not based on any knowledge of the alleged event, but just good old school spirit. The organizers of the letter were paraded out before the press by Democrat Senator Mazie Hirono of Hawaii.

While the support of the lady alumni is touching, but irrelevant to the Ford-Kavanaugh controversy, the most noteworthy revelation that came out in the press conference was the apparent motivation of many the women signatories. Many of them, it was said, could relate to what Ford claimed happened to her because similar things happened to them. Based on that report, it would appear that Holton-Arms is in competition with the Pennsylvania Catholic Church for leadership in creating an environment of sexual abuse.

It was later learned that the 1000-signature letter was only endorsed by 599 lady alums. You would think that alums of such a prestigious school could count beyond their fingers and toes.

I attended a lot of parties in high school, but no one got raped – not even any attempts, as far as I know. No one got drunk. (We put that off for college). Now, was that because the times were so different? Or maybe because I attended one of those blue-collar urban public schools where no one had enough privilege to act privileged. Not even enough money to by booze.