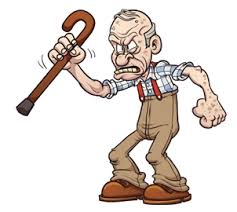 Enough of the beating up on us old white guys!!

Given the political atmosphere of American society today, I well understand that I am among the least credible persons to speak about anything that comes up in the course of our public discourse. You see, I am an older white male.

Nothing I believe or say has any standing in the neo-world of political correctness and identity politics. According to left-wing ideology – especially among the radical feminists – any opinions I may hold lack substance, value or credibility because of my skin color, genitalia and age. By my count, I am the victim of three isms – racism, sexism and ageism.

Barely a day goes by in which someone in the news – personality or panelist – does not dismiss with disdain any opinion I might hold because it comes from an “old white man.” Somehow the new “snowflake” culture – in which nary a discouraging word can be uttered within earshot of the overly sensitive – does not protect old white guys. We can be disparaged with impunity. We are the prey of the politically correct crowd.

Somehow, I was on the wrong side of a cultural transition – more like a complete flip-flop. As a young man, I was taught to respect my elders. They were a source of wisdom and sound advice. When I finally reached that once vaunted age of respectability, the tables turned. Suddenly, I am an encumbrance to the rise of the younger generations. My genes and testosterone are considered a new age plague on society.

This is not some subtle subtext. The precocious Parkland student, David Hogg, has complained that the older folks – anyone over 40, I assume – will not “move the f**k off the plate” so that he can simply take over whatever it is he thinks he has a right to take over. To people like Hogg, whatever knowledge, skills, experience or values I might possess are irrelevant. I am to be relegated to a state of intellectual suspended animation. After all, he says “parents do not know how to use a f*****g democracy. So, we have to.” Hogg should be educated to the fact that it was a bunch of old white men who established this f*****g democracy.

Then there is Professor Piper Harron, of the University of Hawaii, who piped off with this gem to male professors and school administrators.

Not to alarm you, but I probably want you to quit your job, or at least take a demotion. Statistically speaking, you are probably taking up room that should go to someone else. If you are a white cis man (meaning you identify as male and you were assigned male at birth) you almost certainly should resign from your position of power. That’s right, please quit. Too difficult? Well, as a first step, at least get off your hiring committee, your curriculum committee, and make sure you’re replaced by a woman of color or trans person.

These nut cases already have undue influence in our schools, but this is Nazi-style annihilation stuff – sans the killing, at least for now.
In case you are not familiar with the “cis” gender designation, it refers to those of us who self-identify our gender consistent with our birth certificates and that equipment between our legs. To the radical left THAT makes us out of the mainstream of enlightened thinking even though those who self-identify differently are statistically immeasurable.

Another example of this demented mentality is Professor (yep, another professor) Suzanna Danuta Walters of Boston University. She not only wants men off the faculty, but she also wants us out of every position of authority. She even claims that women have a right – mind you, a RIGHT – to hate men.

I have long known that radical feminism is based on an underlying hatred of men. It is disturbing that it has reached such a fever pitch that it is acceptable to express it publicly. Suddenly hate is a positive attribute.

The New York Times – that publication liberals love to puff up as a “newspaper of record” – actually hired Sarah Jeong as editorial writing after she had posted vicious attacks on white people – especially men – on her Twitter account. She gave the movement a hashtag #CancelWhitePeople.

The bull’s eye of her wrath are old men, however. She wrote, “I am a cliff and all white men are lemmings” and “Its kind of sick how much joy I get out of being cruel to old white men.”

I recall wanting to engage in an intellectual and civic discussion on the issue of abortion with a proponent of the controversial procedure. She dismissed my effort by telling me that as a man, I had no right – no right, mind you – to talk about abortion. It is a woman’s issue … period.

Now we have the #MeToo movement which proffers the ridiculous and yet dangerous idea that when a woman makes an accusation, it is incumbent on society to believe her … period. No rule-of-law, no presumption of innocence until proven guilty.

Perhaps it is just a male perspective, but when I see a bunch of women running around in knitted “pussy” hats and others walking around dressed like a human vagina, I am not going to take them too seriously. On the other hand, when I hear the kind of Hilter-esque authoritarian language coming from young people and women, I know the attack on old white men is real.

Ironically, by the time these folks could actually take over, I would be safely embraced in the arms of eternity, and THEY will be old people. Now, that is worth a good laugh.