BREAKING NEWS
Home Politics What Did Giuliani Say During ‘Butt Call’ to Reporter? 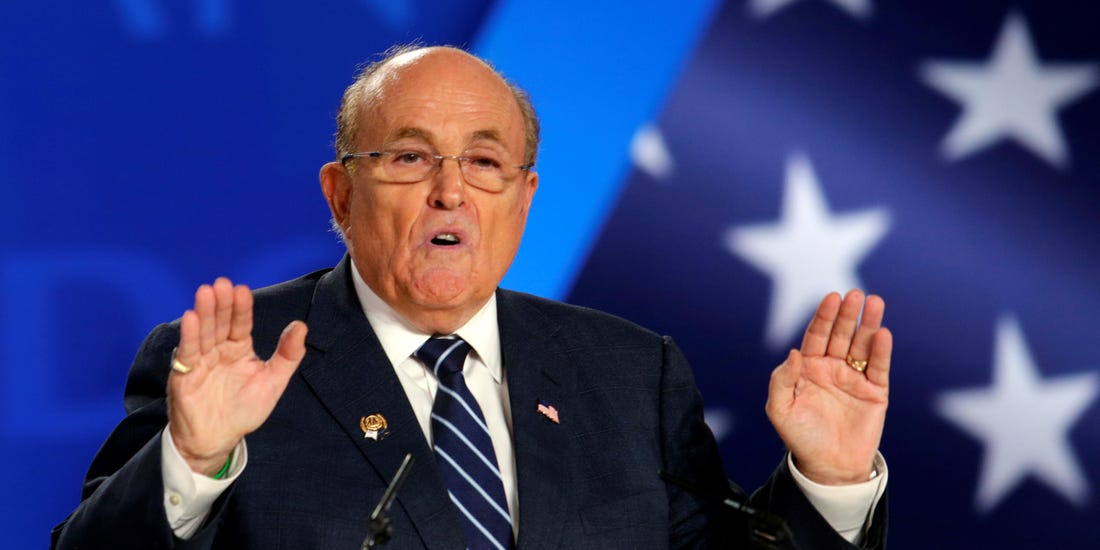 What Did Giuliani Say During ‘Butt Call’ to Reporter?

In the popular vernacular it’s known as a “butt call” or “butt dial. It means when you inadvertently call someone by mistake from your cell phone. Most times they result in a simple “sorry,” and a hang-up, but other times they can lead to a major embarrassment.

Donald Trump’s personal attorney Rudy Giuliani seems to have recently suffered the latter. According to reports, in the calls that accidentally connected to an unintended party, Mr. Giuliani spoke about needing money and attacked Democratic presidential candidate Joe Biden.

As you probably know, lawmakers have demanded documents from Trump’s outspoken lawyer earlier this month as part of the presidential impeachment inquiry. In the past, he publicly admitted asking Ukrainian officials to investigate widely debunked corruption allegations against Mr. Biden. Three Democratic-led committees are currently investigating whether President Trump tried to pressure Ukraine’s president into investigating Mr. Biden in exchange for military aid.

What Did Rudy Say?

NBC investigative reporter Rich Shapiro says he received two voicemails from Mr. Giuliani in the space of a month. He described them as the result of “what is known, in casual parlance, as a butt dial.”

Mr Shapiro missed the first call, mid-afternoon on 28 September, because he was at a child’s birthday party. He had interviewed Mr. Giuliani for an article the day before. For the entirety of the ensuing three-minute voicemail – which Shapiro assumes that Rudy did not know was connected, nor being recorded — Giuliani reportedly attacked Mr. Biden and his family.

“Biden has been trading in on his public office since he was a senator,” Mr Giuliani reportedly said to an unidentified man. In the conversation, he brought up the discredited allegations that Joe Biden, when vice-president, stopped an investigation in Ukraine to protect his son Hunter.

“He did the same thing in China. And he tried to do it in Kazakhstan and in Russia,” Mr. Giuliani reportedly added. “They don’t want to investigate because he’s protected, so we gotta force them to do it,” Giuliani says near the end of the recording

In the second voicemail, left on the night of 16 October, Mr. Giuliani again inadvertently recorded a conversation with an unknown man.

“We need a few hundred thousand,” Mr. Giuliani reportedly said at one point, in a conversation that Mr. Shapiro says covered Bahrain and an unknown man named Robert.

Mr. Giuliani has not yet commented on the calls.