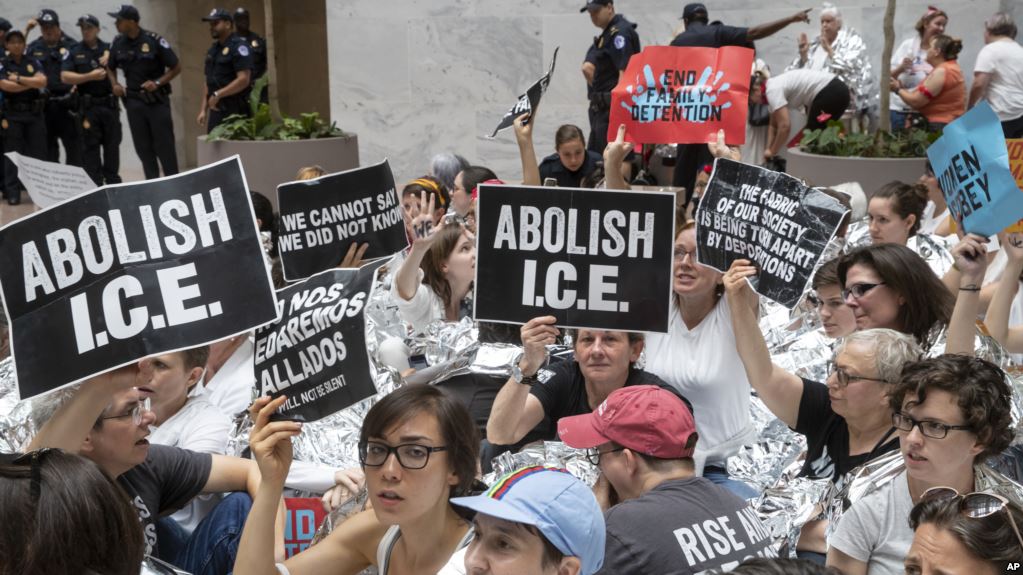 The Party of Open Borders

The divide between moderate Democrats and the party’s radical Left has widened over the latter’s desire to abolish ICE – and may either SPLIT the party in two or force moderate Democrats to submit to the demands of their party’s hijackers. The assault against ICE began months ago from radical left-wing activists and journalists pushing the open borders narrative, labeling the agency as cruel and heartless for “ripping children away from their mothers.”

The propaganda gained momentum as the mainstream media continued their assault on the agency – with images of children being held in detention areas while their parents were being processed for entering the United States illegally. When many of those pictures were proven to be taken during the Obama presidency or were staged by protesters, the strong rhetoric and calls for abolition did not change.

More than 150 “Democratic” elected officials across the country signed an open letter calling for the elimination of ICE.

“As one of our newest federal agencies, ICE spends more time destroying communities than it does keeping communities safe while violating basic civil and human rights. The experiment that is ICE has failed, and must be ended as soon as possible,” the letter states.

For the record, this is the same agency that ventured into dangerous neighborhoods in New York City recently and arrested 114 fugitives during an 11-day operation focused on sex trafficking.

The arrests netted ICE 82 illegal aliens with criminal records, including many with prior convictions for sex crimes, drug offenses, and fraud. Others had pending criminal charges, including assault, larceny, sexual exploitation of a minor – and one a manslaughter conviction.

Thomas Decker, field office director for Enforcement and Removal Operations in New York, said at the time, “Our nation has a proud history of immigration, but we are also a nation governed by laws specifically designed to protect its citizens and residents. ERO deportation officers are committed to enforcing the immigration laws set forth by our legislators.”

Concluding, “Of those arrested during this operation, nine were released from New York custody with an active detainer, which poses an increased risk to the officers and the community.”

When President Trump was asked recently by Fox’s Business’ reporter Maria Bartiromo about the Democrats’ proposed abolition of ICE, the president’s response said it all:

“I hope they keep thinking about it, because they’re going to get beaten so bad, you know these are the guys that take out MS-13, because they’re much tougher then MS-13, by a factor of 10. You get rid of ICE you’d be afraid to walk out of your house, I love that issue if they’re actually going to do that, they’re seriously talking about.”

The President pauses a moment and continues, “Between Maxine Waters, Nancy Pelosi, and getting rid of ICE, and having open borders, if that’s going to be their platform, I think they’ll never win another election, so I’m actually quite happy about it.”