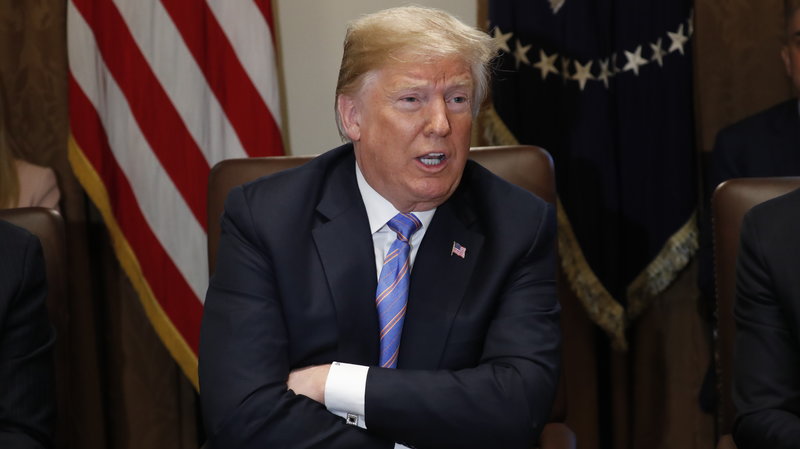 The sky is falling again.  The wolf is at the gate.  The American Republic is about to crash.  President Trump is the greatest threat to American democracy since King George III tried to take back the colonies in the War of 1812.

At least in the latest fearmonger campaign concocted by the Democrats and implemented by the public relations agency of CNN, MSNBC & Co.  Several previous attempts to bring down President Trump — with variations on mendacious narratives that Vladimir Putin is Trump’s number one backer – have failed.  And now we have yet another.  This one due to a claim by one of the intelligence bureaucrats that the Russians are helping Trump – for a second time according to the left’s pernicious narrative.

Before dealing with the current re-packaging of the old propaganda, we should look back down that twisted trail to see how it all evolved.

American intelligence agencies discovered that Russian operatives were using social media to meddle in the 2016 General Election.  This was reported to then-President Obama – whose initial response was to privately tell Vlad not to do that anymore.  The finger shaking diplomacy was to no avail.

In retrospect, even Obama aides later admitted that a public condemnation tied to sanctions would have been more appropriate and more effective.  Obama did impose some mild sanctions and booted the Ruskies out of some facilities in Maryland where covert operations were said to be taking place.

In those early days, it was widely reported by the intelligence community – and by President Obama – that the Russian meddling did not affect the outcome of the election.  In fact, some of the meddling was harmful to Trump.  Some was just to cause grassroots friction – especially in the area of race relations.

While the Trump campaign was peripheral to Russian meddling, Democrats and their media pals slowly twisted the narrative to suggest that Russian meddling was not only SOLELY to secure the election of Donald Trump, but that Trump, his family and his campaign aides were actively conspiring with the Russians.

Democrats and biased bureaucrats subjected the nation to a two-year investigation in which the assured we the people that Special Counsel Robert Mueller would most certainly find that Trump had conspired with the Russians.  House Intelligence Committee Chairman Adam Schiff even reported that he had seen conclusive evidence.  Schiff’s lie was exposed when Mueller have Trump a clear and complete exoneration of the accusations.

Having failed in that effort, the #NeverTrump Resistance Movement put the nation through a divisive impeachment process that was the most partisan in American history — and the first in which there was no underlying statutory crime.

House Speaker Pelosi broke tradition by putting Schiff and his intelligence committee in the fore of the impeachment investigation – a departure from the role of the Judiciary Committee to conduct any impeachments.  Pelosi did not trust Judiciary Chairman Jerry Nadler to do a good job.  He was the bull in the china shop compared to the slick talking Schiff.

The twice debunked narrative of Trump conspiring with the Russians is now being resurrected once again – with all the hyperbole and sensationalism that only the left-wing media can provide.  They hope to ride that dead horse to victory in the upcoming election.

The news of the day that has gotten the media cabal all excited is a report in the New York Times (where else?) that Trump replaced the head of national intelligence supposedly because a member of the intel staff reported to Schiff’s committee that the Russians were now meddling in the 2020 election to get Trump re-elected.

What facts to support that theory are yet unknown.  But Trump’s enemies are declaring that he replaced his intel chief with the current ambassador to Germany because he was enraged that such a communication would be presented to Schiff’s committee without his knowledge.  Trump expressed concern that Schiff would weaponize that information – true or not – to be used against the President – and that seems to be exactly what is happening.

While Democrats say that it is part of the process for the intel community to brief Congress, someone seemed to skip the interim step – telling the President of the United States.  Remember it was Obama who got the word first about Russian meddling -– before Congress.  In fact, Congress was never informed until Obama went public with the information.

The President has every right to distrust Schiff and the Democrats on the Intelligence Committee.  After all, they are the ones that undertook that unjustified impeachment.  It was shamefully carried out for no other reason than to damage Trump’s reputation and historic record.

Why Trump’s intelligence officials would run off to Congress without informing the boss first is yet to be explained.  But that alone seems to be more than just cause for a few heads to roll.

As to what the Russians might be doing, only time will tell.  But a healthy measure of skepticism would be well advised before we follow Schiff & Co. down another rabbit hole – or perhaps more appropriately, a rat hole.

The Democrats are looking very desperate these days.  Like all the other obsessive and irrational attempts to take Trump down, this could – and should — also backfire.

15 thoughts on “Russia is working for Trump again.  Really???”