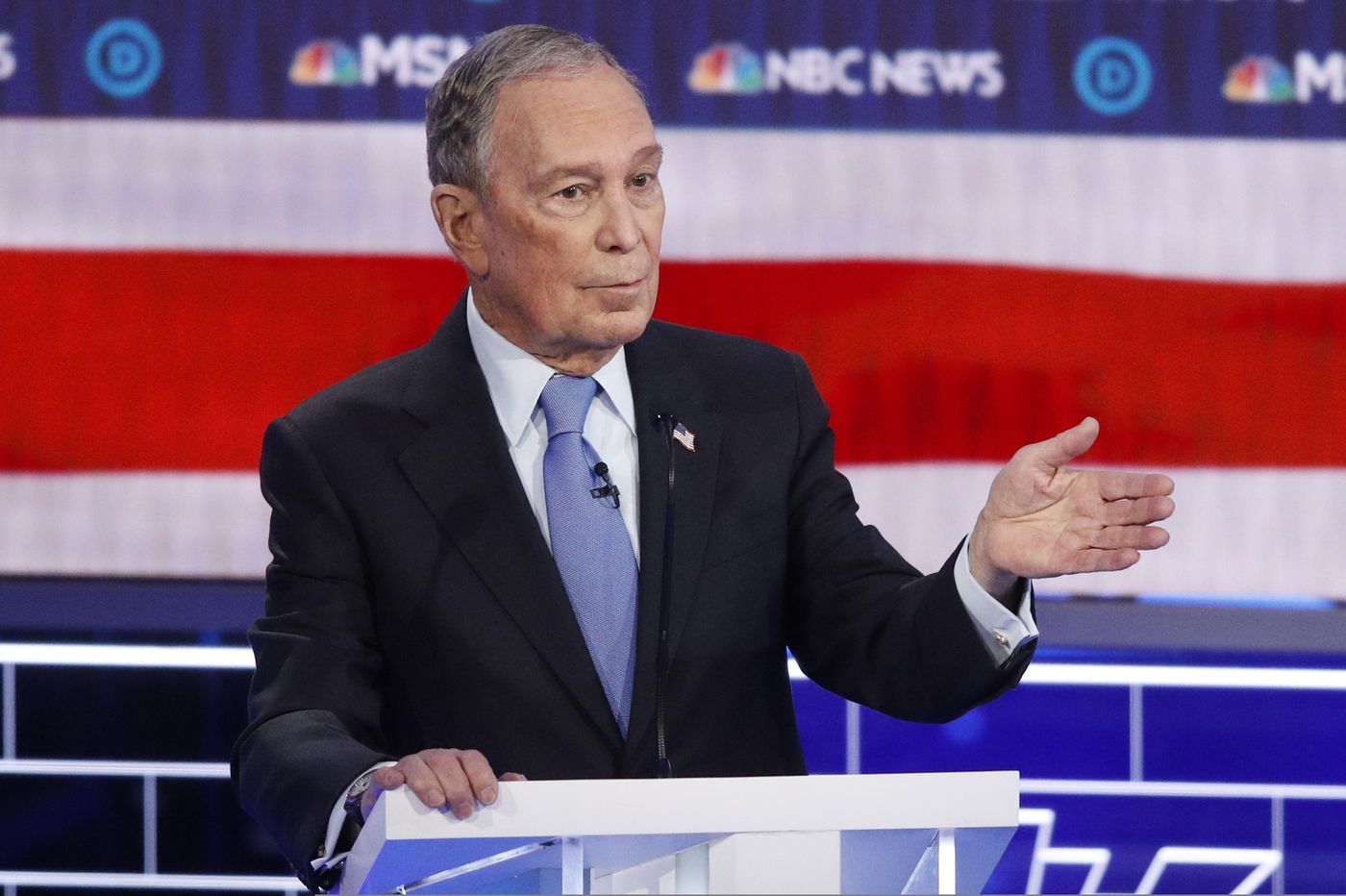 The widely anticipated first appearance of Michael Bloomberg in a democratic debate was far from the bombastic performance the former New York Mayor needed. Instead, he stumbled through most of the debate, which didn’t get lost on one person in the audience who was probably most keyed in to Bloomberg’s performance – Donald Trump.

“Mini Mike Bloomberg’s debate performance tonight was perhaps the worst in the history of debates, and there have been some really bad ones,” Trump tweeted.

“He was stumbling, bumbling and grossly incompetent. If this doesn’t knock him out of the race, nothing will. Not so easy to do what I did!” he added

“Worst debate performance in history!” he added in a subsequent tweet.

Trump’s remarks about “Mini-Mike,” were nothing new. At a rally in Phoenix Wednesday night, while the debate was taking place, the president had this to say, “Now they have a new member of the crew, mini Mike,” Trump told the crowd of supporters. “We call him ‘no boxes.’ I hear he’s getting pounded tonight,” Trump went on. “I hear they’re pounding him.”

But, the president was not alone in his assessment of Bloomberg’s poor showing. Pundits on the right and left feel that he struggled to find his footing during his debut at the Democratic primary debate in Las Vegas. It was the ninth primary debate so far, and his fellow candidates’ experience on the stage shone through.

“Democrats are not going to win if we have a nominee who has a history of hiding his tax returns, of harassing women and of supporting racist policies like redlining and stop and frisk,” Warren said. “Democrats take a huge risk if we just substitute one arrogant billionaire for another.”

Sen. Amy Klobuchar (D-Minn.) added later, “I don’t think you look at Donald Trump and say we need someone richer than Donald Trump in the White House.”