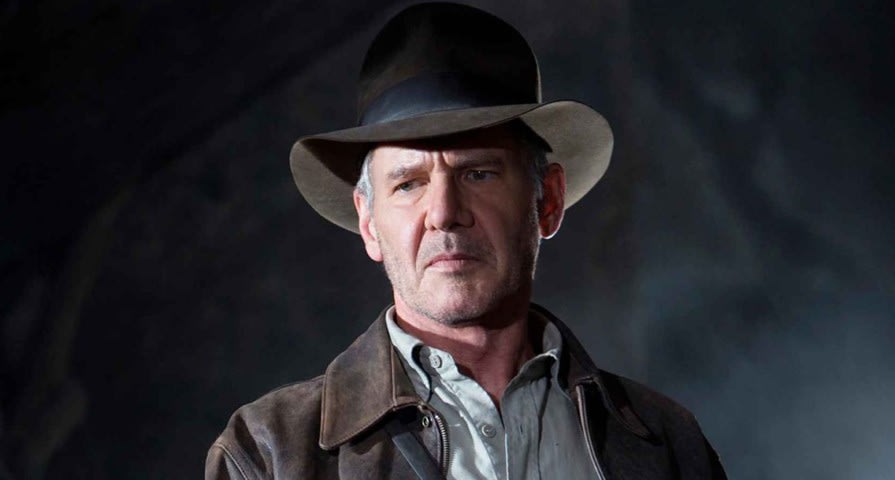 Is Harrison Ford Eyeing a Career in Politics?

For the most part, Republicans and Democrats alike cheered as Harrison Ford’s President James Marshall kicked terrorists “the hell off of my plane,” in the classic action-adventure movie, Air Force One.

However, in the real world, Ford’s politics are decidedly a little more Hollywood one-sided. Ford seems to be dipping his toe into political waters, noting in a recent interview that talking about politics has become unavoidable.

Days after the 77-year-old actor appeared on Jimmy Kimmel Live and called President Donald Trump a “son of a b—-,” he was asked about his recent forays into talking politics in an interview with CBS News. The star responded by noting that politics has become too divisive and called for a return to “the middle ground.”

“I think it’s come to the point where we gotta start talking politics,” Ford said. “But we gotta talk about it in a positive way. We gotta regain the middle ground. We’re in these ideological enclaves. But the truth is in the middle. Progress is made in the middle.”

When asked if he thought it was possible to get back to the middle ground, the iconic actor’s response was blunt. “We damn well better,” he shot back.

Ford was on hand to promote his new film, “The Call of the Wild,” which he says spoke to his personal beliefs about climate change and human beings’ impact on the natural world.

“We’re in danger of losing the support of nature for our lives, for our economies, for our societies,” Ford added in the interview. “Because nature doesn’t need people, [but] people need nature.”

The actor has previously been critical of the United States’ decision to pull out of the Paris Climate Accord. In the CBS interview, he noted that he believes young people will help usher in an era of actually making progress on climate change.

“I’m now seeing that I think we’re coming close to being able to really commit the resources and energy to confronting the issue because it’s taken up on the highest level of politics,” he explained. “It’s taken up on the streets by young people.”

“Science is being ridiculed by people in ideological campgrounds. They are refusing the wisdom, the discipline of science in favor of a political point of view,” Ford continued. “And that has to stop. And I believe young people throughout the world have known it has to stop and are capable and willing to make the sacrifices to make that happen.”