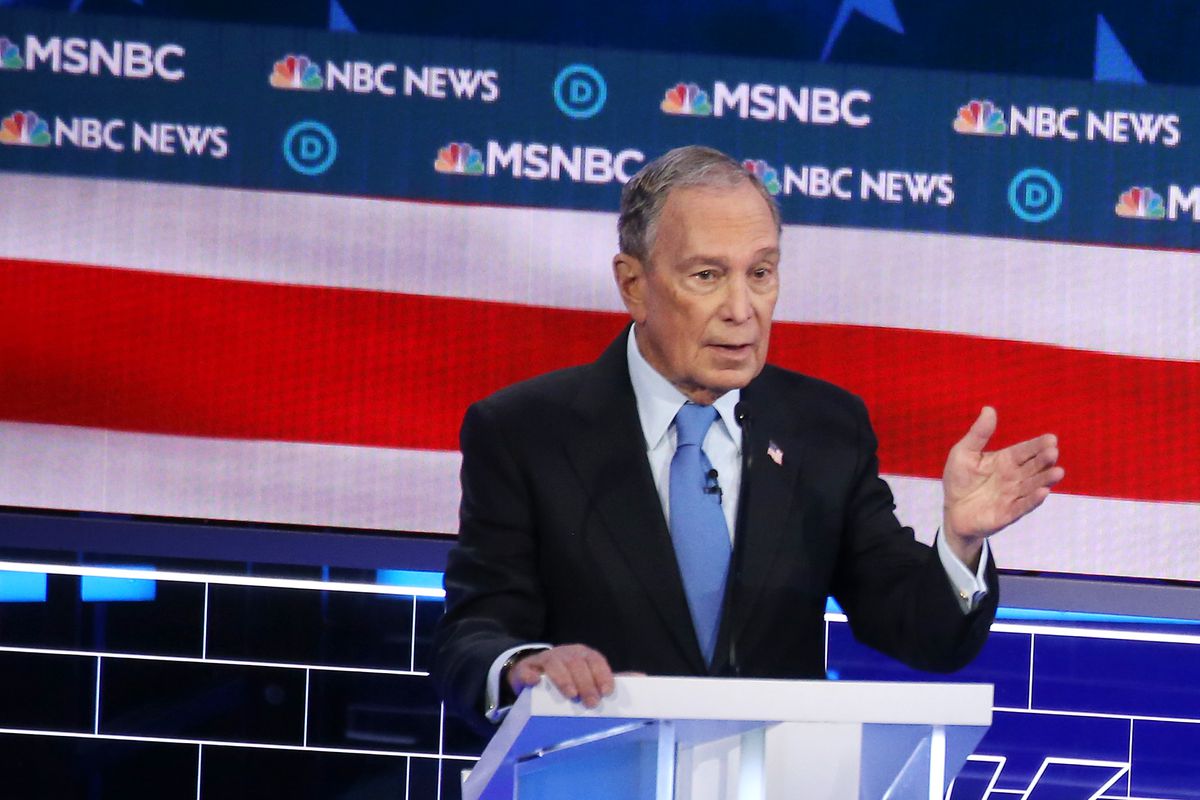 Billionaire Democratic candidate for president, Michael Bloomberg will appear on the debate stage for the first time against fellow candidates in Nevada.

A new NPR/PBS NewsHour/Marist poll published Tuesday shows Bloomberg with 19% support nationally in the Democratic nominating contest. Under recently changed rules, he only needed one more poll above 10% to qualify for Nevada.

Bloomberg’s campaign said that it was seeing “a groundswell of support across the country” and that qualifying for Wednesday’s debate “is the latest sign that Mike’s plan and ability to defeat Donald Trump is resonating with more Americans.”

“Mike is looking forward to joining the other Democratic candidates on stage and making the case for why he’s the best candidate to defeat Donald Trump and unite the country,” Bloomberg campaign manager Kevin Sheekey said in a statement.

Even though he will participate in the debate on Wednesday, Bloomberg will not be on the ballot in Nevada.  The former NYC mayor is skipping the first four primary states — Iowa, New Hampshire, Nevada and South Carolina — to focus on saturating Super Tuesday states with ads and to campaign in the 14 states that will vote on that day while other candidates are grinding it out in the early states. This strategy has allowed him to pass other candidates in national polls despite their strong showings in Iowa and New Hampshire.

Bloomberg has not appeared in earlier debates, because his campaign is self-funded.

Until a recent change, one of the criteria for candidates to get on the debate stage was their number of donors, but the DNC changed those rules for the Nevada debate in late January, opening the door for Bloomberg to make the stage. That decision drew criticism from his Democratic competitors, who have previously characterized Bloomberg as trying to “buy” the presidency.

The fact that Bloomberg didn’t appear at the most recent debates, of course, drew ridicule from President Trump.

“Mini Mike Bloomberg doesn’t get on the Democrat Debate Stage because he doesn’t want to – he is a terrible debater and speaker. If he did, he would go down in the polls even more (if that is possible!),” Trump tweeted last month.

The other candidates who have qualified for Wednesday’s debate are former South Bend, Ind., Mayor Pete Buttigieg, Biden, Sanders, Warren, and Sen. Amy Klobuchar of Minnesota.