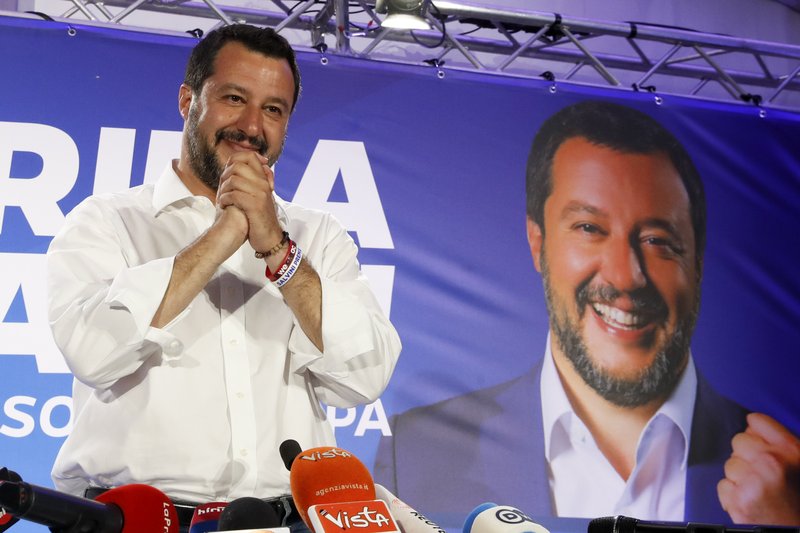 The populist Five Star Movement (M5S) and the establishment Democratic Party (PD) – two parties with pretty much nothing in common – have joined hands to take down their arch political opponent – Matteo Salvini.

Yesterday, the BBC reported that the two unlikely partners were able to strike a coalition deal to take down right-wing populist Matteo Salvini and his League Party, which has surged in popularity in the last months.

The two parties which have traditionally been at odds with one another entered into coalition discussions after the previous coalition between the League and M5S broke down after months of internal strife.

A failed attempt by M5S to do away with plans to construct a high-speed rail link proved that the populist coalition could no longer govern, Salvini said at the time. Salvini subsequently tabled a no-confidence motion against him with the hope that it would bring forth new elections.

But that’s not what happened. Salvini seemingly has been outmaneuvered by his political opponents.

The leaders of the newly-arranged coalition have asked Italy’s currently sitting president Sergio Mattarella to reinstate Giuseppe Conte as the official head of the government.

Presidential spokesman Giovanni Grasso has said that Conte is set to meet with President Mattarella this morning. Most expect Conte to be given a mandate to form a new government.

Salvini has stated that only thing which brought the two parties together was their mutual hatred for himself and his National Populist League party.

“The only thing that unites them (M5S and PD) is their hatred of the League,” Salvini told journalists on Wednesday. “The truth is that 60 million Italians are being held hostage by 100 parliamentarians who are dead scared of losing their seats,” he added.

In order to be finalized, the coalition agreement first must be approved by party members in an online vote. That vote is expected to take place before the end of the week.

If a final agreement is reached, the new governing coalition could serve until the next scheduled election in 2023.