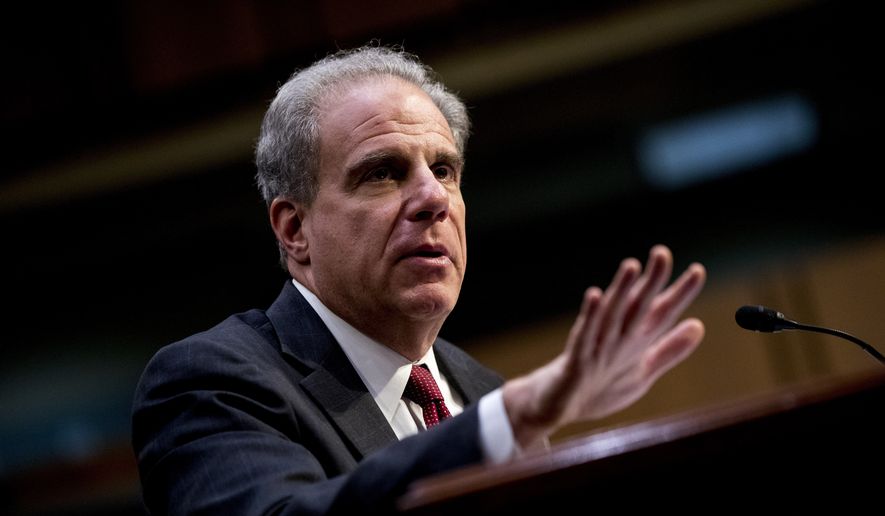 Horowitz Has Harsh Words for FISA and the FBI

While the left has taken Inspector General Horowitz’s report as some kind of vindication of the FBI and the FISA court, the IG himself begs to differ.

In a second day of testimony before the Senate Homeland Security and Governmental Affairs Committee, Hororwitz had some harsh words for both agencies regarding the mistakes his probe revealed that they had made.

During the hearing, IG Horowitz, rebuked the FBI for repeated “failures” during the initial phase of the Russia probe, as reveled by his extensive report on the investigation’s origins and the process used to obtain a surveillance warrant for former Trump campaign adviser, Carter Page.

Horowitz’s report identified a total of 17 inaccuracies and omissions in the Foreign Intelligence Surveillance Act (FISA) warrant applications for Page, which included a doctored email and the failure to include exculpatory information about Page that may have impacted the court’s decision to grant the warrants.

Sen. Josh Hawley, R-Mo., was blunt in trying to get to the bottom of what happened during Wednesday’s Senate Homeland Security and Governmental Affairs Committee hearing.

“Were they just all incompetent?” he asked. Hawley then noted that due to the complexities involved, “it doesn’t sound like they’re very stupid to me.”

Hawley ultimately asked why the members of the FBI would commit such failures to mislead a court multiple times.

“That was precisely the concern we had,” Horowitz said. The inspector general made it clear, however, that he did not reach any conclusions regarding intent. But, he also did not necessarily accept the reasons people gave him during his investigation.

“There are so many errors, we couldn’t reach a conclusion or make a determination on what motivated those failures, [other than to] raise concerns about the explanations we got,” Horowitz said.

This echoed what Horowitz said in his opening statement, where he made clear that “although we did not find documentary or testimonial evidence of intentional misconduct, we also did not receive satisfactory explanations for the errors or the missing information and the failures that occurred.”

Horowitz went on to testify that both Justice Department attorneys and the Foreign Intelligence Surveillance Court “should have been given complete and accurate information,” adding, “that did not occur and as a result, the surveillance of Carter Page continued even as the FBI gathered evidence and information that weakened the assessment of probable cause and made the FISA applications less accurate.”

Accusations of Bias and Impropriety in the FISA Process

After Horowitz released his report, Democrats defending the initial Russia probe, pointed to the lack of a determination of “political bias” as a motivation to start the investigations of the Trump campaign.

Sen. Rand Paul, R-Ky., indicated that this would be a flawed assumption, questioning whether Horowitz’s inability to find evidence of bias really meant that there had not been any bias.

“Just because you didn’t find it doesn’t mean it didn’t exist,” Paul said, noting that there could have been 15 people involved whose bias influenced their decisions, but it just wasn’t provable.

“We could not prove it. We lay out here what we can,” Horowitz replied.

Former FBI Director James Comey, who led the bureau at the time, insisted he was unaware of any impropriety at the time, but told “Fox News Sunday” he “was wrong” when he defended the FBI’s FISA process in the past.

Still, he defended his former subordinates by claiming that no one committed any intentional misconduct, despite Horowitz calling for accountability and making referrals for further investigation.

At the same time, Comey admitted that there was “real sloppiness,” and that as director, he was ultimately responsible.