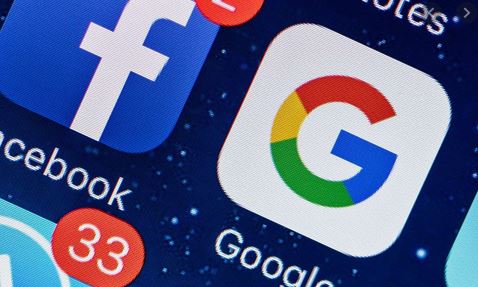 A recent New York Times report described a secret deal made between Facebook and Google that allowed the tech giants to jointly dominate the online advertising market.

The report is outlined in a New York Times article titled “Behind a Secret Deal Between Google and Facebook.”

In 2017, Facebook revealed that it was testing a new way of selling ads online that could threaten Google’s control of the online advertising market. Two years later, Facebook announced it was joining an alliance of companies supporting a similar effort by Google.

Facebook never specified why it quit its own project, but an antitrust lawsuit filed by ten state attorneys general last month implies that Google offered Facebook a deal to partner up.

The deal between Google and Facebook was reportedly named “Jedi Blue.” It refers to a segment of the online advertising market called programmatic advertising.

“In the milliseconds between a user clicking on a link to a web page and the page’s ads loading, bids for available ad space are placed behind the scenes in marketplaces known as exchanges, with the winning bid passed to an ad server. Because Google’s ad exchange and ad server were both dominant, it often directed the business to its own exchange.”

Google also developed a strategy called Open Bidding. This allows other exchanges to compete alongside Google at the same time. Google would then charge a fee for every winning bid.

“The threat of Facebook, one of the biggest ad buyers on the internet, supporting header bidding was a grave concern at Google. The draft of the complaint reviewed by The Times cited an email from a Google executive calling it an “existential threat” that required “an all hands on deck approach.”

Facebook announced in March 2017 that it was testing header bidding with publishers like The Washington Post, Forbes and The Daily Mail. Facebook also took a jab at Google, saying the digital ad industry had been handing over profits to “third-party middlemen who make the rules and obfuscate the truth.”

Before Google and Facebook signed the deal in Sept. 2018, Facebook executives outlined the company’s options to Mark Zuckerberg, its chief executive, according to the draft of the complaint: hire hundreds more engineers and spend billions of dollars to compete against Google; exit the business; or do the deal.”