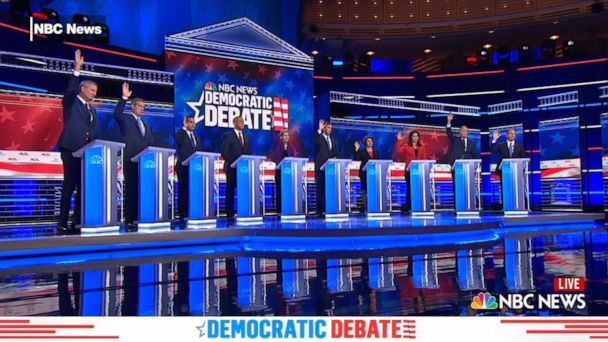 Posted By: Patriots4Truthon: September 20, 2019In: Politics

Desperate to press any advantage they can find to maintain control of the House, and limit the Republican majority in the Senate, the Democrats have launched a futile bid for statehood for Washington D.C.

The Democrats that are behind the efforts say it is because “the people of the District of Columbia” lake representation in Congress. However, their motivation for statehood for D.C. couldn’t be more obvious. If it were to become the 51st state — Democrats would likely gain two new senators and one House representative — a reality which has played into the political motivations behind supporting or opposing the idea.

However, political agendas aside, Republicans oppose the measure because of concerns about reports of corruption and the scandals involving local officials that have rocked the District in recent months.

For example — Ohio Rep. Jim Jordan, the top Republican on the House Oversight and Reform Committee, said he wanted the hearing on the matter to delve into the ongoing scandal involving D.C. Councilman Jack Evans.

Evans resigned from his role as the chairman of the Washington Metropolitan Area Transit Authority board this summer after an internal investigation determined that he failed to disclose a profitable conflict of interest.

“Sadly the allegations against Mr. Evans are just the latest in a series of local D.C. political scandals,” Jordan said, ticking off several former D.C. city officials embroiled in past scandals. “We cannot and should not ignore these unpleasant facts.”

However, Jordan said that Committee Democrats denied his request.

Delegate Eleanor Holmes Norton, the sponsor of the D.C. statehood bill and the district’s non-voting House representative, pushed back against the argument.

“The allegations against Mr. Evans have nothing to do with D.C. statehood,” she said.

Not a Single Republican Supports Statehood for D.C.

The D.C. statehood bill has more than 200 co-sponsors and the support of House Speaker Nancy Pelosi and Majority Leader Steny Hoyer, both Democrats. No Republicans in Congress have signed on to the legislation.

The bill calls for districtwide elections of two senators and one House representative. It says all district territory would be included in the declaration, save for specific exclusions of federal buildings and monuments, such as the White House and the Capitol.

“D.C. residents have all of the responsibilities of citizenship but they have no congressional voting rights and only limited self-government,” the Democratic committee chairman Rep. Elijah Cummings, of Maryland, said in a prepared statement, which was read by Holmes Norton at the hearing.

But, in opposition, the Republicans said that the framers of the Constitution intended for the nation’s capital to be a federal district.

“This is not what the Founding Fathers intended,” Jordan said. “They understood and they carefully crafted the Constitution so that the seat of the federal government would purposely and specifically not be within a state.”

Speaking to Fox News’ Laura Ingraham this past summer, McConnell said Democrats want D.C. statehood so they can get “two new Democratic senators” and said “as long as I’m the majority leader of the Senate, none of that stuff is going anywhere.”