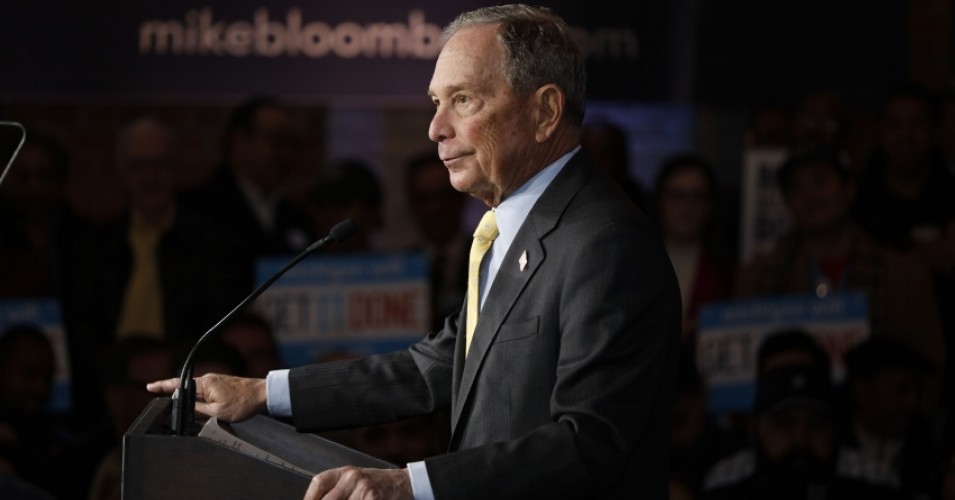 Thanks to the misguided 1970 federal election laws that enable the super-rich to outspend any and all potential political opponents – actually restricting the less wealthy candidates’ ability to raise money – we now have the nightmare realized.  It is former New York multi-billionaire Mayor Michael Bloomberg.  He has become the true American oligarch.

Oligarchs are not communists per se – although we do refer to super-rich communists as oligarchs.  An oligarch is a person who controls massive wealth in private-sector business and – at the same time – uses that wealth to attain power, prestige and profit.  Think Burisma and Mykola Zlochevsky.

One could argue that by that definition President Trump could be an oligarch.  But he does not quite measure up.  Trump had to compete for donations and for votes against candidates with more campaign funds than he could expend.  He was not rich enough to completely “buy” his way into office.  He had to compete.

Yes, a lot of rich candidates have the advantage of kicking off their campaigns with seed money in the bank.  And it might be enough to buy a governorship or senate seat – which is bad enough – but not the presidency.

Bloomberg believes that he can win the Democrat presidential nomination – and even the presidency – by simply outspending all his competitors combined.  Even billionaire Tom Steyer cannot compete at that level.

Bloomberg’s strategy is to “hire” more people on the ground in more states than any of the other Democrat candidate can hire and recruit as volunteers.  Bloomberg believes that by spending hundreds of millions of dollars – maybe billions – on slick radio, television and social media advertisements, he will create shelf appeal without the voters getting to examine the product.

Blomberg has always been regarded as a mediocre to poor political campaigner.  He is not good on the stump.  He’s not good in debate.  Portions of his record are political negatives.  But since he will not come out from behind his media façade, those issues cannot be effectively examined and challenged.

The former New York mayor has snubbed his nose at the American democratic process.  Forget about Iowa, New Hampshire, Nevada and South Carolina.  Forget about organizing rallies.  Forget about going door-to-door – except to get footage for his ad agency cameras.

Like all other oligarchs, Bloomberg is an authoritarian.  He is Big Brother.  He is the Nanny State.  He believes in his own judgment over the manifest will of the people.  He is hoping to get to the presidency – his longtime ambition – as a cut-out character crafted by the propaganda of public relations experts.

If anyone needs a reality or fact check, it is Bloomberg – but that is not going to happen if he gets his way.  Electing Bloomberg could be a tipping point for our representative Democracy.