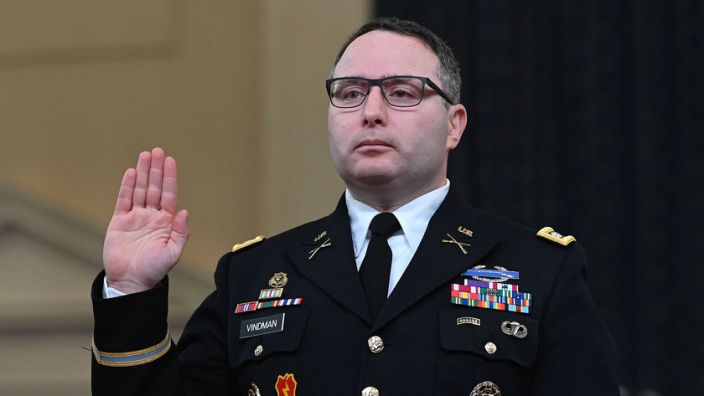 Vindman, Sondland and Yovanovitch got what they deserved

I am not a mean-spirited person.  I have never hated a person in my whole life.  I do not wish ill-will on others.  If that headline seems to be inconsistent with my self-proclaimed character, allow me to explain.

The first thing to remember is that all these characters work “at the pleasure of the President.” No matter what one may think of President Trump’s personality – and I have been a constant critic – he had every reason in the world to be displeased with Lt. Colonel Alexander Vindman and European Union Ambassador Gordon Sondland.

Their cases are quite different. Sondland is not a career diplomat – and even if he was, it would make no difference.  Ambassadors are appointed by the President and  can be removed by the President for any reason at any time.  The establishment bureaucrats – who seem to think that a President works for them – argue that every portion of the Executive Branch outside of the White House grounds are autonomous agencies of government over which a President has very limited power.  Au contraire.

Vindman is a bit of a different case because he is a member of the Armed Forces.  He can be resigned while remaining in the military – which is exactly what happened to him.  He will be a pencil-pusher at the Pentagon  without reduction in rank or pay should he choose to remain on active duty.  Hardly the fate of a person the press contends is the victim of retaliation and revenge.

Although much of the media used the word “fired” – as they did with Ambassador Marie Yovanovitch — neither were put out on the streets Jovanovich retained her government grade level and salary and will by continuing in their chosen careers in rather comfy government jobs.  She was simply reassigned.

All three of these folks disobeyed Trump’s order to not testify – to ignore any Congressional subpoenas issued by the Democrats in Congress. They chose to voluntarily testify against the President.  Some argue that Trump’s order was illegal and unconstitutional, but that was never decided by the Supreme Count – that other co-equal branch of government that Democrats like to ignore.

Vindman, Sondland and Yovanovitch all disobeyed Trump’s order without knowing whether it was a legitimate order or not.  That question is still unanswered but is most certainly not in the purview of those three to make that judgment.

Vindman may have a unique problem since he is a member of the military and Trump is the Commander-in -Chief.  Arguably, Vindman disobeyed a direct order.  Soldiers can do that but only if the order is CLEARLY illegal according to the rules of military justice – and even then, they have to take the issue up the command.

In the case of Vindman and Yovanovitch there is some evidence that they were actually undermining the President because of significant and politically biased opposition to his policies as President.  It seems increasingly likely that Vindman and his brother knew and talked to the whistleblower.  If that is true, Vindman committed an egregious violation of national security.  President-to-President conversations are highly classified.

In the case of Yovanovitch, Ukrainian President Volodymyr Zelinsky expressed his displeasure with her – saying she had been working against his campaign for the presidency.  The removal of Yovanovitch was reciprocal – since Zelinsky advised Trump that he was replacing the Ukrainian ambassador to the United States.  That is often what happens when a new head-of-state arrives on the scene.

All of that can be – and should be – investigated more fully.  But regardless, Trump has every reason to not trust these folks to pursue his policies in the future.  Even their most ardent defender would have trouble convincing anyone that these folks are a positive part of the President’s team – as any President has a right to expect.  When they chose to go public in support of a failed impeachment, they – not Trump – sealed their fate.

They had another more honorable recourse – resign or seek a reassignment.  That is the proper course of action – not undermining or sabotaging policies with which you do not agree.  At the point that happens is when the civil service corps become the deep state resistance movement.

Trump has done what any good executive would do – make sure he or she has his or her team in place.  Elections have consequences – and that is one of the most fundamental consequences.