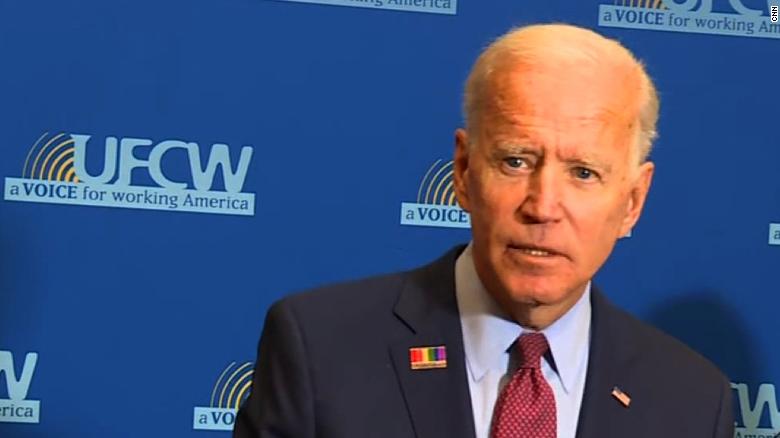 Is it All Over for Joe Biden?

With a horrendous showing in both Iowa and New Hampshire, is it all but over for former VP Joe Biden?

He was once the presumptive Democratic nominee, but on Tuesday, Joe Biden fled New Hampshire with his tail between his legs — and headed to South Carolina, where he watched his dismal results come in.

Sensing a humiliating defeat in the Granite State, Biden’s team announced the former vice president was throwing in the towel before the polls had even closed, spending Tuesday evening at a campaign launch party in Columbia, SC, about 1,000 miles away.

It seems the former veep was right to get outta Dodge. Biden ended up placing fifth in New Hampshire, capturing less than 9 percent of the vote and none of the state’s pledged delegates. Despite the disastrous showing, Biden rallied with supporters in South Carolina, insisting the first two states in the primary season are not bellwethers.

“Tonight, though, we just heard from the first two of 50 states. Just two,” Biden said. “It ain’t over, man. We’re just getting started.”

Political experts, however, saw a campaign with little to offer new voters.

“It’s never a good sign when you leave a primary before the results are in,” said University of Southern California political scientist Robert Shrum, who managed Democrats Al Gore’s and John Kerry’s White House campaigns.

Shrum continued, “It’s probably not a good message to people who might be inclined to vote for him, but on the other hand, [Biden’s team is] anticipating a mediocre result.”

For his part, Biden remains confident in his ability to bounce back. He stressed in a tweet and an accompanying video on Wednesday that “nobody told me the road would be easy, but together we can and will win.”

But, with the best of intentions, with his campaign in a nose-dive, Biden is trying to do what’s never been done in modern history.

“In the last 40 years, just one person has gone on to win the presidency after losing both Iowa and New Hampshire — Bill Clinton. And in his case, he came in second place in New Hampshire in 1992,” said veteran New Hampshire-based political scientist Wayne Lesperance, the vice president of academic affairs at New England College.

Biden’s campaign has long pointed to Nevada and South Carolina, with their diverse electorates, as much friendlier ground than the overwhelmingly white states of Iowa and New Hampshire.

Minimizing the results in the first two states — and spotlighting Biden’s strong support with African American and Latino voters — senior campaign adviser Symone Sanders stressed that “it would be a mistake for anyone to write Biden and our campaign off before people of color have had their say in this election. You know people of color — black folks, Latino voters — are the base of this party.”

However taking off those aviator shades his is fond of wearing, and looking at the reality of the situation, for Biden, who’s long struggled with fundraising, the poor results in Iowa and especially New Hampshire make hauling in campaign cash now, all the more difficult.

And his inability to come even close to winning in the first two contests in the nominating calendar puts a big dent in Biden’s argument that he’s the most electable candidate to take on President Trump in November.