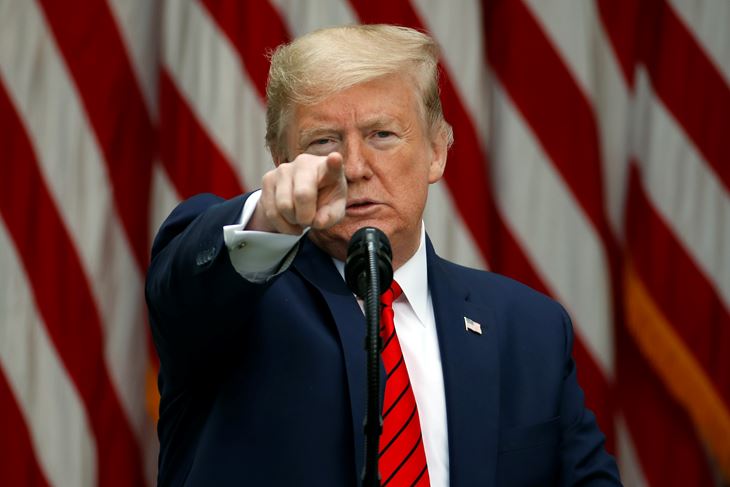 “[Trump] will sign an executive order shortly about social media and internet companies, [McEnany] tells reporters on Air Force One,” Reuters White House Correspondent Jeff Mason tweeted. “The president has been very critical of [Twitter] in the last 24 hours.”

“Very critical” is an understatement.

Twitter included a blue “fact-check” on Trump’s tweets attacking Gov. Gavin Newsom (D-Calif.) for capitalizing on the coronavirus crisis to unilaterally change California voting laws, claiming the president spread utter falsehoods about vote-by-mail. Yet Trump was far from alone in voicing such concerns, and the California Republican Party — which is suing Newsom — cited many experts and news reports demonstrating the abuse vote-by-mail enables.

The president accused Twitter of attempting to interfere in the 2020 presidential election.

“[Twitter] is now interfering in the 2020 Presidential Election. They are saying my statement on Mail-In Ballots, which will lead to massive corruption and fraud, is incorrect, based on fact-checking by Fake News CNN and the Amazon Washington Post. Twitter is completely stifling FREE SPEECH, and I, as President, will not allow it to happen!”

Is This Twitter Exec With a Long History of Anti-Trump Tirades the Force Behind the Trump ‘Fact-Check’?

“Republicans feel that Social Media Platforms totally silence conservatives voices. We will strongly regulate, or close them down, before we can ever allow this to happen. We saw what they attempted to do, and failed, in 2016. We can’t let a more sophisticated version of that happen again,” he tweeted. “Just like we can’t let large scale Mail-In Ballots take root in our Country. It would be a free for all on cheating, forgery and the theft of Ballots. Whoever cheated the most would win. Likewise, Social Media. Clean up your act, NOW!!!!”

Republicans feel that Social Media Platforms totally silence conservatives voices. We will strongly regulate, or close them down, before we can ever allow this to happen. We saw what they attempted to do, and failed, in 2016. We can’t let a more sophisticated version of that….

While Twitter’s “fact-check” was indeed egregious, it remains unclear exactly what the president can achieve on this issue by executive order. Under Section 230 of the Communications Decency Act, platforms like Twitter are immune from liability for what users post on the platform. It seems unlikely that Trump could seriously revise this without changing the law, which would require an act of Congress.

Twitter’s decision to take sides in a contentious political battle — which has a legal aspect — arguably undermines the argument for its protection under Section 230. But it remains unclear exactly what kind of drastic action Trump can take by executive order on this issue.