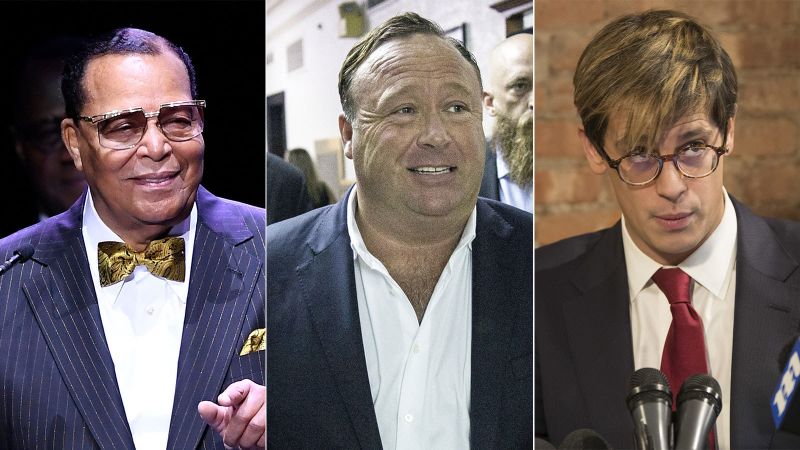 Alex Jones, Milo Yiannopoulos, and other high profile conservatives banned from Facebook for being ‘dangerous’ individuals

This Thursday afternoon, Facebook announced that it had banned a number of prominent figures in conservative media from all social media platforms owned by the tech giant.

InfoWars founder Alex Jones and conservative media personalities Milo Yiannopoulos, Paul Joseph Watson, and Laura Loomer have all been booted from the platform. Louis Farrakhan, the leader of the black nationalist Nation of Islam movement, also was banned.

The social media company headed by CEO Mark Zuckerberg made a public announcement on Thursday that it removed the accounts, fan pages, and group pages associated with these individuals from Facebook and Instagram after reexamining their content and activities on and off these platforms.

Alex Jones and his media outfit Infowars were banned from Facebook last August but had still maintained a presence of Instagram – a social media platform that’s also owned by Facebook. On Thursday, Facebook declared that Jones and Infowars would also be removed from Instagram.

In a statement given to Fox News, Facebook said, “We’ve always banned individuals or organizations that promote or engage in violence and hate, regardless of ideology. The process for evaluating potential violators is extensive and it is what led us to our decision to remove these accounts today.”

A few of these individuals who fell under Facebook’s guidelines against ‘dangerous’ individuals and organizations, reacted to the ban on their respective accounts during the period of time between when Facebook officially announced the ban and when they actually deleted the accounts. On her Instagram, Laura Loomer rejected the notion that she at any time had violated the company’s terms of service, and appealed for people to follow her on a different platform, adding, “Looks like you guys will probably never hear from me again.”

Paul Joseph Watson took to Twitter – a platform which he has yet to be banned from – to write, “In an authoritarian society controlled by a handful of Silicon Valley giants, all dissent must be purged.”

Yiannopoulos also published a final post on Instagram. He mentioned that Laura Loomer was making “thinly veiled suicide threats because of the way she has been treated” and encouraged her friends to check on her.

Apparently, Facebook executives had been holding discussions as to whether they should label these individuals as ‘dangerous’ and ban Alex Jones and InfoWars for some time before actually pulling the trigger.

Business Insider obtained email correspondences between Facebook executives who argued about whether or not they should scrub these people’s accounts.

At the time these things were being discussed, a Facebook spokesperson told CNN Business, “As this email correspondence shows, we continually monitor and review whether people are involved in organized hate on our platform. We’ve already taken down InfoWars’ Facebook Page, but Alex Jones has a network of presences online and we are evaluating how to appropriately enforce our policies against him as an individual. We’re committed to being diligent and will share an update when that process has run its course.”

Following the bans, Twitter saw a burst of outrage from conservatives and moderates alike who deemed the actions as evidence of blatant censorship ahead of the U.S. 2020 elections.