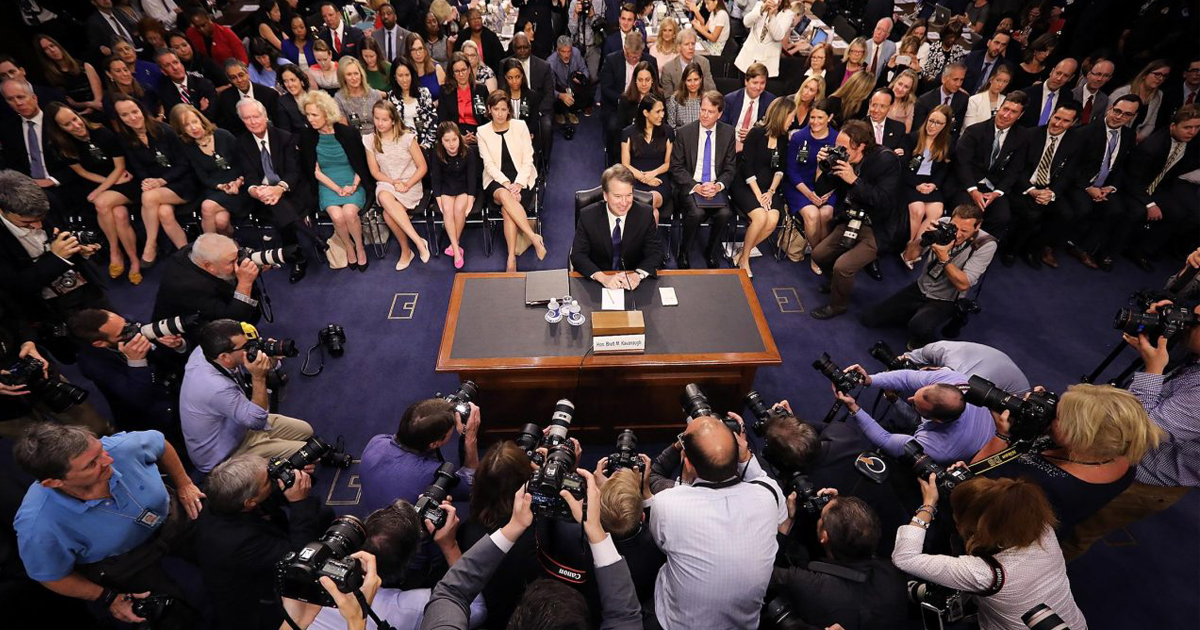 Two strategies to play out in Kavanaugh hearing

Inscribed in marble in front of our National Archives Building in Washington are the words “What is past is prologue.”  In terms of the confirmation hearings for Judge Brett Kavanaugh, the opposite may be true.  What is past is meaningless.  His confirmation will depend almost totally on what happens at the hearing – and both the Republicans and Democrats on the Judiciary Committee understand that.

Republicans made an incredibly smart move in bringing in a female attorney to do their questioning of accuser Christine Blasey Ford.  They understood that any questions – no matter how appropriate or polite — from old men would create a problem of optics.  They well understood that no matter how judicious they may be, the bulk of the liberal mainstream media would be twisting their comments as sexist, hostile, anti-women and anything else that would comport with the jaded media’s preconceived anti-Republican narratives.

Instead, Ford will be cross examined by a woman in a very professional manner.  The same questions coming from a competent prosecuting attorney will have an entirely different optics than from some old geezer who looks like he is modeling for a Tobey Mug. In these biased times, and with the prejudices in the reporting, no man could escape the predictable reportorial propaganda that would ensue.

This will put Ford on the defensive if she cannot credibly change her testimony from the things she has already said.  “Where was this party?”   “I do not recall.”  “When was this party?” “I am not sure.”  “How did you escape the encounter?  Did you run from the room in panic and did other see your distress?”
I do not know.”  Since you did not have a driver’s license, how did you get to the party?  How did you get home?”  “I cannot recall.”

It now leaves the Democrats in a bit of a predicament.  They have been setting the stage for the bad optics strategy.  They have been chest pounding over their insistence that they would never use a counsel to ask questions on their behalf.  Even though the use of attorneys to serve in that capacity has occurred in the past, one Democrat after another has claimed that they would never do that.

They can be up front with their inquiries, they figure, because they know they will only ask the most supportive oh-you-poor-girl questions.  They will also use the opportunity to create the most salacious images to offset the lack of evidence.  “Did he put his hands up your dress?”  “Did he come into contact with your bare breast or vagina?”  They will repeatedly find her unsubstantiated contentions as credible.  That will be their version of the optics.

That strategy may be about to backfire, however.  Suddenly, their circus-like antics will be seen in stark contrast to the professional approach on the Republican side.  There political motivations will be on full display.  In an ironic twist of fate, their questions could even make Ford appear even less credible.

It is because of this potential that a number of Democrats on the news shows have suggest that Democrats should bring in their own counsel.  It is noteworthy that these suggestions came from pendant-lawyers with considerable courtroom experience.  Suddenly the problem of optics rises on the minority side of the panel.

By attempting to pump credibility into the laughably flimsy statements of the so-called second accuser, Democrats and their friends in the press have already weakened the impact of the Ford testimony and damaged their own credibility.  The fact that even the New York Times and the Washington Post would not publish the accusations of the second accuser should say a lot about the credibility of her claims and the about the quality of the journalism of The New Yorker that did publish that rubbish.

Speculate as the media is prone to do, no one can predict the outcome of the hearing.  In fact, there will be no universal opinion after the hearing.  This is a fight that will not end in a knock out but in a TKO declared by the American public – and that verdict may not come for another seven weeks.