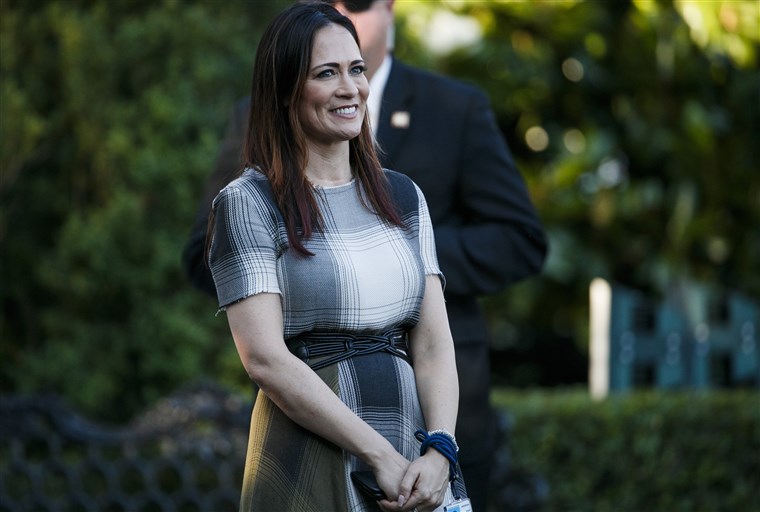 As recently reported in these pages, Melania Trump’s spokeswoman, Stephanie Grisham was the breakout frontrunner to replace outgoing Press Secretary, Sara Huckabee Sanders, now it is official. The White House has just announced that Grisham will indeed become the new White House press secretary. She will also serve as White House communications director.

Prior to her new appointment as White House press secretary, Grisham served as Melania Trump’s spokeswoman since 2017. Grisham had earlier acted as deputy to then-press secretary Sean Spicer before serving the first lady.

She developed a reputation as a staunch defender of the first lady during her tenure in the East Wing.

Grisham followed Trump to Washington from Arizona, where she worked for state Republicans including then-Attorney General Tom Horne. In 2012, she was part of GOP nominee Mitt Romney’s campaign.

According to local paper the Arizona Republic, Grisham was one of Trump’s first staffers in Arizona. She set up his campaign stops around the state during the primary. Trump then tapped her to arrange his rallies across the US.

After Trump’s victory, she was named special adviser for operations and served on the transition team.

A single mother of two sons, when she joined the Trump campaign as a press aide in July 2015, her eldest son, Kurtis, was 18 and her youngest, Jake, was 8 years old, according to Politico.

Grisham was so dedicated to her job on the campaign that she once went five-and-a-half months without seeing Jake, the outlet said.

“Short term, it’s a small sacrifice to make,” Grisham told Politico of the time away from her sons. “Because I do think he’s best for the country.”

It was the first lady. and not President Trump, who announced the news.

“I am pleased to announce @StephGrisham45 will be the next @PressSec & Comms Director! She has been with us since 2015 – @potus & I can think of no better person to serve the Administration & our country. Excited to have Stephanie working for both sides of the @WhiteHouse. #BeBest,” Mrs. Trump tweeted on Tuesday afternoon.