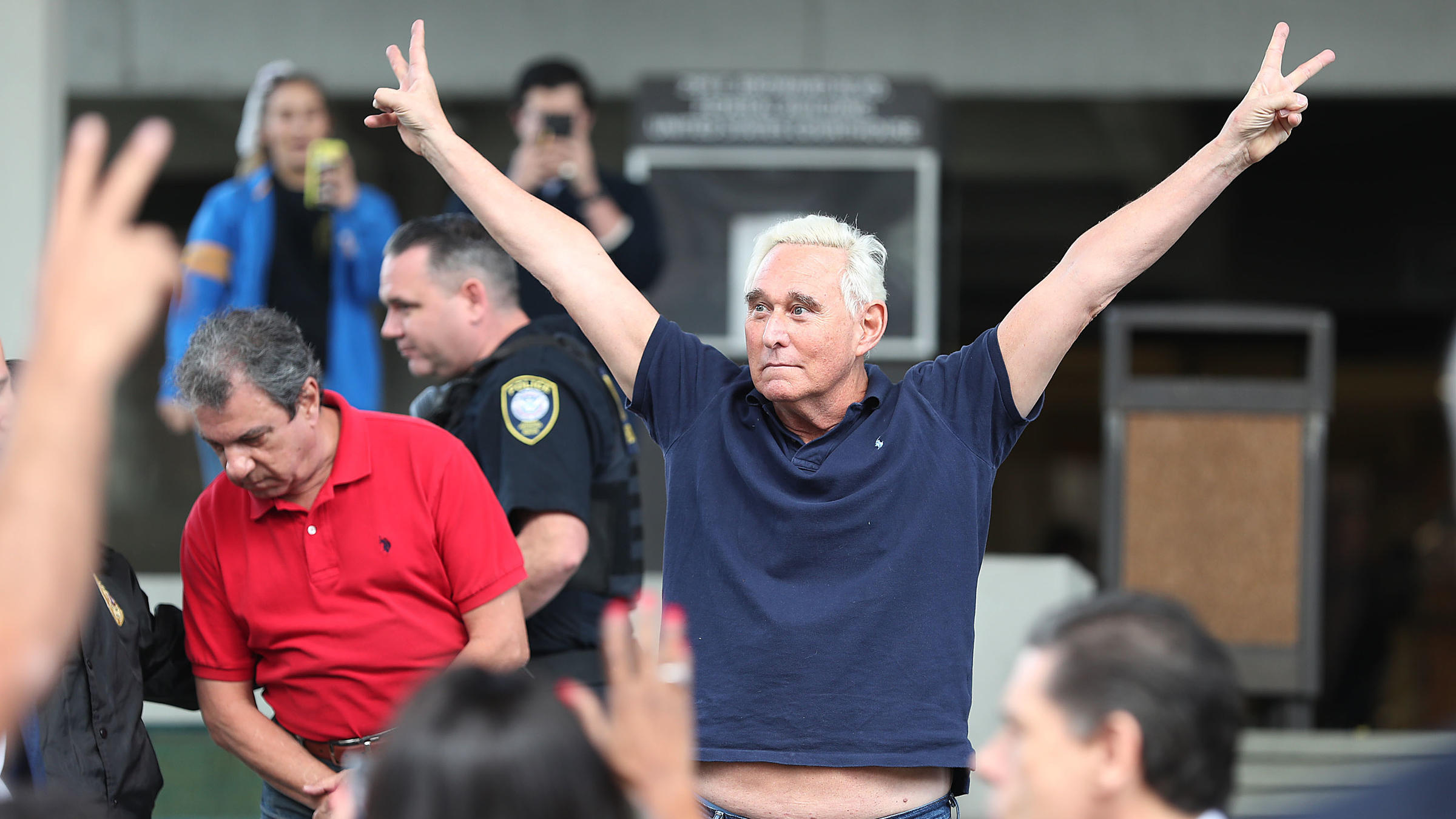 Self-professed “trickster” Roger Stone, who has just pleaded not guilty to seven charges laid out by special counsel Robert Mueller, has accused CNN of conspiring with the Mueller investigation in producing “great footage” depicting him as “some sort of criminal” in order to “taint the jury pool.” He offered these remarks during an interview on SiriusXM’s Breitbart News Daily with host Alex Marlow on Tuesday January 29.

Stone was recounting to Marlow the recent events when he was arrested by FBI agents at his home in Fort Lauderdale with a CNN production team close behind.

Stone continued, “They then took me to the federal courthouse in Fort Lauderdale where I was shackled, hand and foot, in heavy metal shackles, and put in a holding cell for three hours with three African-American gentlemen who, by the way, all support President Trump’s recent justice reform package, and I waited to go in front of a judge who released me on the bond that we’ve discussed.”

Stone went on, “So this was meant to do two things. One, to taint the jury pool, to paint a picture for the American people that I’m some sort of criminal, even though I’m charged with non-violent process crimes, and also to send a message to others.”

CNN, of course in no friend of the Trump administration, nor of Stone apparently.  On the day of the raid, CNN’s Jake Tapper said of Stone’s possible imprisonment, “He might like it.”

Stone went on to tell Marlow “Reading the indictment, there are several people who are preparing to lie on behalf of the Mueller investigation and bear false witness against me.”

He also said, that thanks to CNN’s slanted reporting, he and his family have been harassed and have even received death threats. “The hatred, the death threats, the threats against my children, the threats to disfigure my wife,” said Stone. “I’ve had people call the house and say, ‘We know where your children go to school,’ and hang up. The left is sick in this country. They are mentally ill.”  He continued, “For two years, now, I’ve been unable to go out in public to a restaurant or through an airport without ugliness and people threatening to kill me and people saying, ‘You’re a Russian spy.’

Stone also said that he had “gone broke” defending himself from Mueller’s accusations, and he Breitbart’s readers to support his legal defense fund. “I had to set up a legal defense fund: StoneDefenseFund.com,” said Stone. “Or you can go to WhoFramedRogerStone.com. They both go lead to the same place. That’s the only authorized place if you want to help me and my family.”

Stone concluded, “This isn’t about me. It’s about the president. They’re coming for him. Anybody who doesn’t see that is naive, and they want me out of the way because I will speak out against it.”