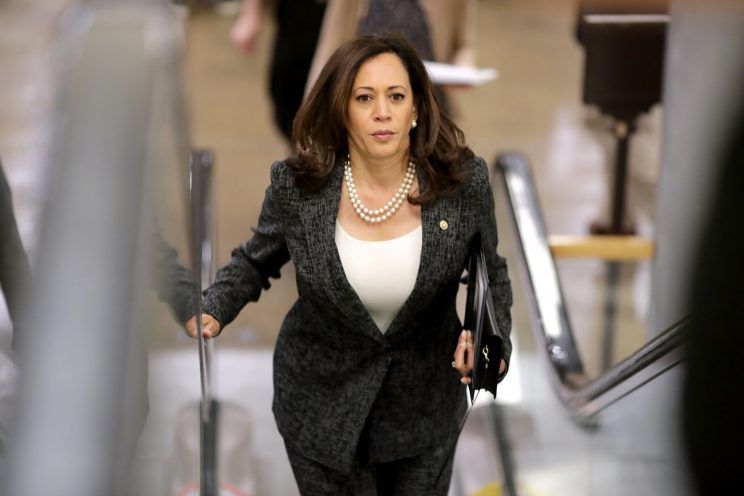 Despite a continued government shut down, one thing that has not been put on hold is the 2020 quest for the White House. In a highly speculative Democratic field, the first official bid for the nomination has been announced by Democratic Senator from California, Kamala Harris.

Harris told the press that the theme of her campaign will be “For the People,” and she is expected to formally announce her candidacy in a speech on Jan. 27 in Oakland, California. The senator previewed her announcement in an interview on a recent broadcast of ABC’s “Good Morning America.”

It what is now an obvious precursor to her run, Harris recently published a memoir, The Truths We Hold: An American Journey, which espoused many of the messages she is expected to focus on during her campaign. In the book, she describes her upbringing in Oakland as a daughter of immigrants from India and Jamaica, and her personal history of advancing from prosecutor, to district attorney, to senator.

President Trump has been a long-time critic of Harris as he has of all of the current Democratic front runners, and fears little of the challenge presented by her announcement to run in 2020. Odds makers would seem to agree.

According to BetOnline.ag, Harris, and her most likely contender for the Democratic nomination, Beto O’Rourke, are tied at 8-to-1 odds to win the presidency. President Trump has the edge, which he has maintained for months despite the government shut down, with 7-to-4 odds, said BetOnline.

The betting site did say however, that Harris has been the Democrat bet on the most on the site, “showing strong interest in her candidacy.”

BetOnline.ag’s sportsbook brand manager, Dave Mason said, “Kamala Harris has been the most bet Democrat to date, with Biden close behind.” Former Vice President Biden has not yet formally declared his candidacy.

Trump has been a strong critic of Senator Harris, particularly regarding her liberal stance on immigration, at one time tweeting, “.@SenKamalaHarris, why are you supporting the animals of MS-13? You must not know what ICE really does…”