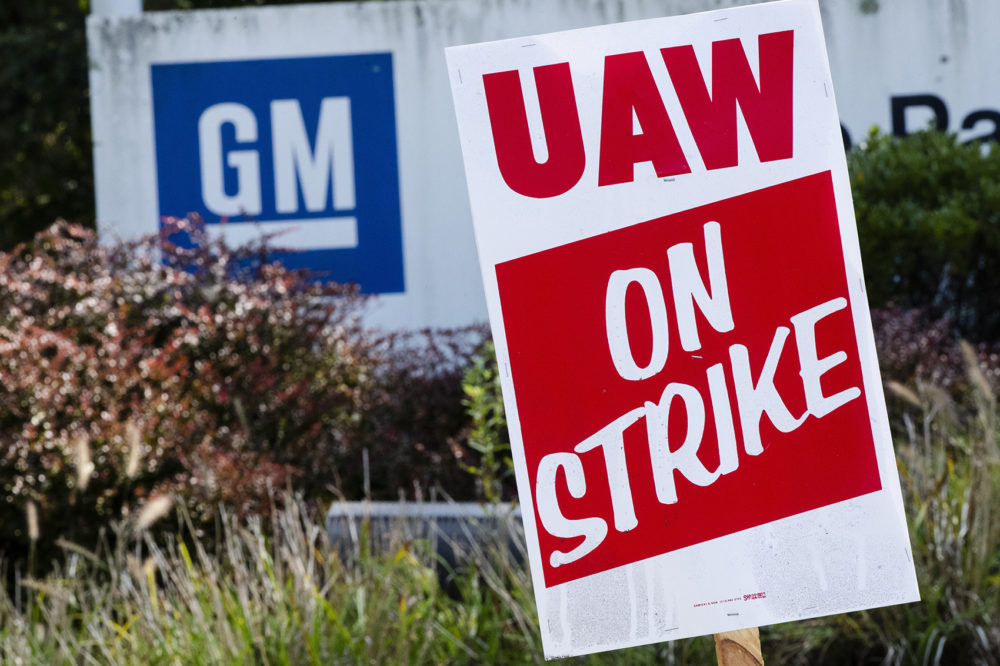 On example of how the to-impeach-or-not-to-impeach has sucked all the air out of the airwaves, consider the workers strike against GM.  At 21 days. this is now one of the longest major strikes in decades – not counting the 3-day walk out against GM in 2007.  In normal times, an auto strike would be the lead story at the top of the news virtually every day – but these are not normal times.

In my surfing the news networks, I was reminded of the GM strike by a report on One America News (OAN) – a second tier (but first-class) network that actually reports a number of news stories every hour – leaving their commentary to a few personalities.  I have not seen any updates from any of the so-called major news outlets – even those the cable variety have 24 hours a day to fill.

Even if I missed a report – which is possible – it is fair to say that the coverage, if not nil, is minimal.  Regardless of the myopic attention to all things Trump, the GM strike is a story and has meaning.  It deserves analysis.

What is the current status and what are the ramifications for the labor movement in general?  I will attempt to provide an update – but first I must go do the research that the news folks fail to do.

The fact that the strike is garnering very little coverage just be a huge disappointment to the leadership of the United Auto Workers (UAW).  Strikes are intended to get maximum exposure and sympathy from the public to put pressure on those mean old bosses who will not accede to the demands of the Union.

In an effort to get some media exposure, Bernie Sanders went to GM to walk the picket line in solidarity with the workers.  Since the strike has gone on for almost a month, it seems that the folks with the oak paneled offices are not feeling the pressure – or “the Bern.”

So far, the Company keeps making proposals, and the union keeps rejecting them.  That happened as recently as this weekend.  The strike has had huge ramifications on workers.  More than 50,000 GM employees are off the job. An additional 10,000 workers in Canada and Mexico have been affected by plant shutdowns even though they are not part of the Union.  The UAW claims that as many as 200,000 workers may have been temporarily laid off at companies that supply GM.  That last figure could be a tactical exaggeration, however.

While wage, benefits and job security are the evergreen issues in a labor strike, this one has a few issues that may be unacceptable – even impossible – for the Company to meet.  The Union wants GM to put three plants that have been – or are planned to be – closed.  This is where the Union may be some sympathy from President Trump.  The Union wants workers brought back from Mexico.

It is ironic that the labor unions – including the UAW – align so completely with the Democratic Party when Trump is giving them – at least temporarily – what they have wanted – tariffs.

Ironically, the major obstacle to repatriation is the high wages – and other costs — the UAW is demanding of GM.  It was all those years of high wage settlements that pushed auto manufacturers to seek production overseas.  The high wages also led to the competitive advantage enjoyed by foreign car manufacturers that put American companies on the ropes – and in some cases out of business.

The lack of attention to this strike shows how weak organized labor has become.  In many ways, they are a paper tiger politically – especially the private sector unions.  Back in 1954, unions represented more than one-third of the American workforce.  Today that number is approximately 10 percent – and that includes the enormous increase in public sector union membership.

While wages have gone up, many union contracts have led to workforce reduction, killed off new job creation and sent jobs overseas.  In trade negotiations – and I have been involved in a few – this is referred to as “benefiting the survivors.”

This strike will eventually get settled.  The real question, however, is whether the new contract will put GM and other American auto manufacturers at a competitive disadvantage … again.  The unions have too often killed the goose that laid the golden eggs.