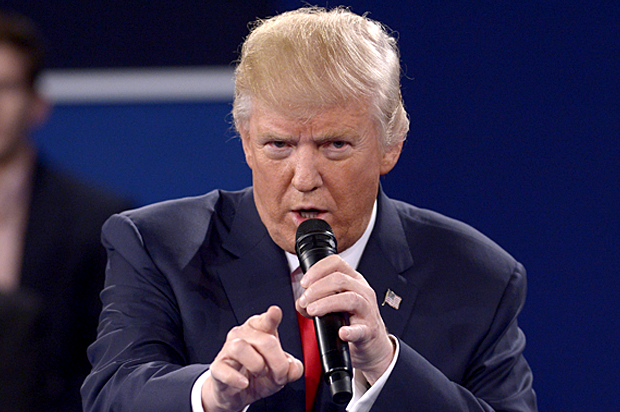 Our political system is nothing more than political theater.  It is the big stage where the written script directs reality.  The difference is on this stage the outcome is real.  Wars are created, blood is shed and power is put in place.  Our reality is being manipulated by the hands of those who hold the strings. Information is given on a need to know basis and those in power feel you don’t need to know much.

Our political system has been the subject of ridicule since it’s inception up until the present day. Ever since actors could become presidents even a blind man can see that the whole game is rigged.  Many believe that Donald Trump never believed that he would win the presidency but what if Donald Trump was the last president of the United States of America?

There was a book written in 1900 called The Last American President written by Ingersol Lockwood.   Ingersol was born in 1841 in Ossining, New York.  Like his father, he also took up the profession of a lawyer as well as a writer and well known public speaker.  In 1862 Ingersol was appointed a council to the Kingdom of Hanover by Abraham Lincoln.    In fact, in 1896 he wrote another book titled Baron Trumps Marvelous Underground Journey.

The story begins in Russia where the young Baron Trump learned how to travel through time.  It was here where Baron received instructions from The Don, Master Of All Masters.  In this book, Baron Trump travels to Russia looking for a portal to a new world.  Hollow Earth.  Ingersol’s books were way ahead of the time.  The strange part is that this Baron Trump lives in a castle in the novel that was named effectively Trump Castle.  Strangely he closely resembles the young Barron Trump of our present time.

In this book The Last President, Trump actually becomes president of the United States.  The book begins with Trump winning the presidency.  In the book, Trump is looked at as impassable by most people but he wins the election anyway.  This is eerily similar to our current president’s situation.  Many people felt that Donald Trump was only running for the exposure and to boost his brand.  Boy did he boost it!  In The Last President, the book predicts that socialists and anarchists will riot and start an uprising in the streets of New York City and that Donald Trump would be our last president.  In the book, Trump was actually encouraging an uprising.  Basically Ingersol wrote of how Commies were taking over the country and there was social unrest throughout while the rich stay locked away growing old in their homes.  The mob takes over Chicago and people were assassinated.  The people felt that the newly elected president had ties with the money lenders and usurers.

President Trump’s hotel in this book is on 5th Avenue.  The same address as Trump Towers in our present time.  Another very peculiar fact is that in the book president Trump’s secretary of agriculture is named Laffe Pence.  Our current vice president’s name just happens to be Pence.  One has to wonder are these merely coincidences or are they apart of some sort of synchronicity beyond our basic comprehension?  How could Ingersol foresee such events?  Was he channeling information from a higher power as a medium,  maybe he actually came in contact with Barron Trump traveling to the past, or is it likely that Ingersol traveled through time himself to see the future?

116 years in the future and Donald Trump is our current president.  Remember Back to the Future II with Michael J. Fox?  The character Biff stole McFly’s sports almanac that he got from traveling into the future.  He made some sports bets, etc. and got filthy rich.  In the movie, Biff had a weird yellowish-orange hair-do.  He strangely resembles the 45th president.  Not to mention the filthy rich factor.  Is this also a coincidence?

The rumor is that Donald Trump, our current president, has the manuscripts of Nikola Tesla which were given to him by his uncle John Trump.  Ingersol Lockwood was deep into hermeticism and the occult sciences.  He also was the author of Laconis of Cult which expressed his vast understanding of the occult as well as esoteric knowledge.  On March 13, 1895, Tesla was seen in a cafe by a reporter shaken to his core.  He said he almost lost his life doing an experiment where he was hit with an electromagnetic ray of sorts.  He was able to see the past present and future all simultaneously.  Tesla died in 1943 in his hotel room where his property was seized by the Office of Alien Property.  The expert they had come to review the documents and notes of Tesla’s confiscated paperwork was none other than engineer John G. Trump.  Donald Trump’s uncle.

John Trump steals the documents concerning time travel and effectively lied to his superiors. The notes John took detailed the makings of a time machine.  He studied the notes and eventually built one.  In this time machine, he sees the apocalypse caused by Tesla’s Death Ray.  John felt that he had to do something to prevent the creation of this Death Ray.

Unable to use the machine to go back to Tesla’s time himself to prevent Tesla from creating his Death Ray due to the need to have someone operate it, John decides to send Donald Trump back in time.  John Trump modified the machine and sent Donald to 1890’s New York where he met Ingersol Lockwood.   There he learned that he would be the president of the United States and would have a son but was unable to intercept Tesla.

Donald comes back with the knowledge of the apocalypse and the prophecy of his presidency.  He has a son and named him Barron and sets his sites on the white house.  As predicted, he won.

Is Donald Trump our last president?  Are all of the similarities I mentioned facts, mere coincidences or a matter of the occult.  I would advise researching the books The Last President, Baron Trump’s Marvelous Underground Journey and Laconis of Cult if possible so that you can get a better understanding.  Be free.