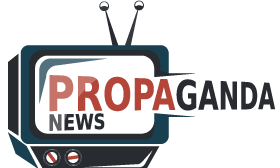 All the News That’s Fit to Ignore

More than 100 years ago, New York Times owner Adolph Ochs arrogantly declared that his newspaper published “All the news that’s fit to print” – thus creating the most famous, if not the most accurate, media motto in journalism history. Today, Ochs’ publication is part of an east coast media cabal that offers up only half the news that’s fit to print – and even that half is jaded by deep-seated biases.

Papers, like the New York Times, function incestuously with the electronic media as a means of getting their biased perspectives amplified across the nation. More people, by far, read what is written in the New York Times or Washington Post by watching CNN or MSNBC than subscribing to the publications – even online.

Look at today’s “win,” “place” and “show” world of national cable news priorities. The clear “win” in the most recent race for press attention is the pulling of the security clearance of former Director of the Central Intelligence Agency John Brennan. The “place” position goes to the trial of Robert Manafort, with the “show”(boater) position going to the book tour and n-word accusations of former White House staffer Omarosa. A verdict or another tape could put either of the trailing duo in the lead, however.

If you watch a few hours of CNN and MSNBC in the morning – as I must do – you soon discover that there are not even any other horses in that media race. There seem to be no other national or international events deserving of coverage.

In many ways, cable news is comparable to the editorial pages of the newspapers. That is where the editors and the columnists express their opinions and advance their contrived narratives. That is where they legitimatize their biases in a one-sided analysis of the facts – and attempt to influence rather than educate. In that regard, editorializing is a form of propaganda.

There was a time when the leading news outlets adhered to journalistic ethics, such as keeping opinion out of the hard news and offering up legitimate countervailing viewpoints. If you objectively look only at the time devoted to opposing viewpoints, one cable news outlet clearly leads in the objectivity category. That is FOX News. We should pause for a moment while those on the political left regain their composure.

It’s true. FOX most frequently features interviewees and panelists of diametrically differing viewpoints. If you do not believe it, take out the stopwatch and do your own analysis – and be honest. Oh, and do not count people of different parties who have the same opinion as the station’s management. Content is more important than title or past resume. Skip the false flaggers.

Second place goes to CNN. Now time for those on the hard right to swoon – but it is true. They definitely spin news to the left, just as FOX spins to the right, but they do present individuals who can articulate those all-important opposing views. And most of their hosts will ask tough questions of both sides.

If CNN and FOX were the only two cable news outlets, the public would be reasonably well served, but they are not.

The two new kids on the block, One America News (OAN) and Newsy – of which most people have never heard – tend to run straight news without spin – although OAN features personality shows that are hard right. It just does not filter into the news. Newsy is geared to the millennials and features a lot of target audience stories. The value of OAN and Newsy is that you get a LOT of information and news that you will not see on the three major cable news channels.

That leaves us MSNBC – and I would leave it if I could. They are hardline propaganda for the Democrats and the left. They offer no alternative viewpoints. It is 24/7 anti-Trump, anti-Republican, anti-conservative spin. They will also obsess on two or three anti-Trump stories to the exclusion of significant news featured on the other stations. When pressing their prosecutorial case in the court-of-public-opinion, MSNBC excludes facts and information that tends to exculpate those targeted in their indictment-like, preconceived narratives. They are the kangaroo court of the media.

One of the major MSNBC celebrities, Mika Brzezinski, once famously confessed that is their – MSNBC’s – job to tell people what to think. In classic left-wing arrogance, the distaff side of Morning Joe has revealed the left’s underlying distrust of the American people. We are not to look at events and make our own decisions, but we are to be told what to believe and not believe. Brzezinski has told us all we need to know to reject the MSNBC as a source of credible information.

I have often advised people, to be well informed, you need to use your television controller to cruise the various news outlets or you will pass control of your thinking to the one outlet – and God forbid it should be MSNBC.