BREAKING NEWS
Home Fake News Kaepernick Is at It Again 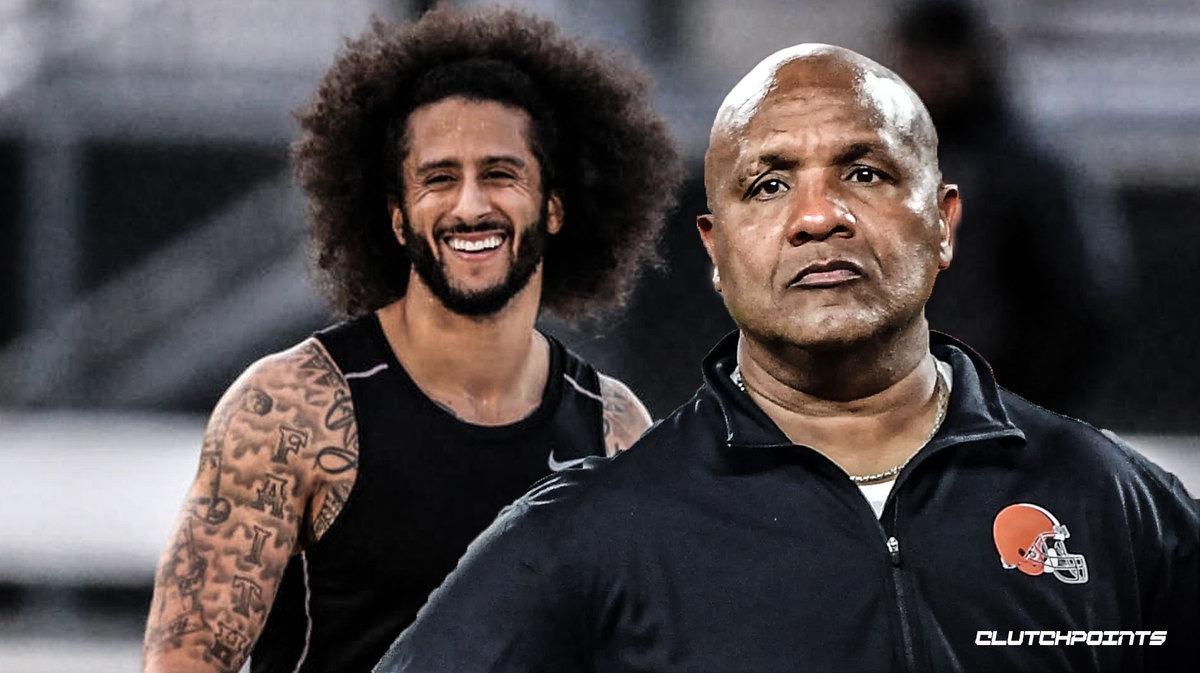 Kaepernick Is at It Again

Former NFL quarterback Colin Kaepernick is at it again. By “it” I mean spreading false racist narratives as part of the American-hating left’s broad-brush attack on all policing – maligning the vast majority of police officers and departments who do an outstanding job in serving and protecting the citizenry.

He is pandering to racial divisiveness by using any and all incidents in which a black man is incarcerated for killing a white person, especially a cop – in this case, a 25-year-old Philadelphia police officer.  This murder was not a result of some western style shootout.  It was a merciless execution by Mumia Abu Jamal.

The case goes back to a traffic incident in which Abu Jamal’s brother, William Cook, was stopped by Officer Daniel Faulkner for traveling the wrong direction down a one-way street.  It was a routine stop with no worse an  outcome than a possible traffic citation.  Abu Jamal witnessed the action, walked up behind Faulkner and shot him in the back.  The officer was able to turn and fired one shot – wounding Abu Jamal in the stomach.  Abu Jamal then executed Faulkner with a shot between the eyes in front of several witnesses.

According to several witnesses, Abu Jamal proudly bragged of his deed by admitting that he had “shot the mother****r” and hoped he would die.

Abu Jamal was found guilty of murder and sentenced to death.  After years of appeals, the death sentence was overturned on a technicality, and he was sentenced to life in prison without parole.

Who is Abu Jamal?

Abu Jamal was not a common street thug.  He had joined the Black Panther Party in 1968.  After high school, he became a local radio reporter and served as president of the Philadelphia Association of Black Journalists.  Ironically, he was a supporter of the MOVE Organizations that had nine members convicted of murder for killing a police officer in 1978.

Despite the open and shut case against Abu Jamal, a fan club developed among the Hollywood left-wing wackos and the far-left cocktail culture.  It was largely due to his activist role prior to the murder – and his writing and media appearances after.  While in prison, he authored several books. National Public Radio gave him his own program.  What ensued was a “free Abu Jamal Movement” among the left-wing literati.  The New York Times dubbed him the “world’s most famous death row prisoner.”

Of course, he was shot by the man he had just fatally wounded, and chaining a dangerous wounded criminal like Abu Jamal to a hospital bed is not only a standard operating procedure, but also a damn good idea.

As far as being framed, it is rare to find a murder case with so much hard evidence and so much witness testimony.  CNN’s Michael Smerconish took up the topic in a recent show.  Ironically, he had authored a book on the case with the widow of Officer Faulkner.

And then there were those witnesses – including Abu Jamal’s own brother – the driver of the car. He never appears in court in defense of his brother – only telling the police that he had “nothing to do with it.”

It was an open and shut case, to which no honest and decent person would proffer in Abu Jamal’s defense or against the justice the wanton killer received.

So why did Kaepernick take up the case?

I fear the answer is simple – maybe a combination of reasons.  The spotlight of public attention has moved away from Kaepernick — and the former footballer was no longer the face of the anti-police movement.  He has become little more than an old movie we had seen before.  And his chance of returning to the gridiron has diminished each and every day – now practically nil.

Once again, however, Kaepernick has used bogus accusations of racism to provoke unwarranted tension between Black and White America – between police and the Black community – especially those trapped in Democrat-run segregated cities, many of whom are not buying Kaepernick’s crap.

According to polls, most inner-city Blacks are calling for more police protection against the murderous crime waves ravaging their neighborhoods.  They are pushing back against the defund the police movement that has enraptured members of the wine and cheese liberal community who never appear in the ‘hood.

Kaepernick – and all the other race-baiters like him – do great disservice to the Black community and society in general.  They dishonestly stir the pot of racial tension with claims of racism where no racism exists.  Any Black leader – or White liberal — who spins the Abu Jamal case into a civil rights cause undermines the credibility of legitimate cases where racism may be the basis of a gross injustice – such as the case of George Floyd.

The idea that he should be summarily freed via a bogus campaign by a bunch of effete snobs making false claims for justice is an affront to every honest and decent citizen.  Abu Jamal deserves to spend the rest of his life in jail no matter how many books he writes.