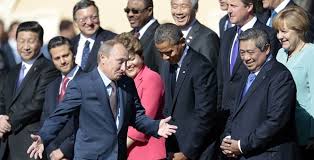 The reemergence of Barack Obama on the political scene simply illustrates just how truly desperate Democrats have become. In a surprising move, they’re willing to once again roll-the-dice with Obama.

History tells us that while Obama was personally able to be elected and then reelected to the presidency – his coat-tails were nonexistent. During the 8-years of his presidency, Democrats lost 1,030 seats within state legislatures, governorships and within Congress.

The Democratic Party had long languished in Obama’s shadow for years, so why are they taking another bite of the apple?

Daniel Galvin, a political science professor at Northwestern University and the author of a book on presidential party building, explained the apparent disconnect between Obama and the Democratic Party. “Obama just figured his important actions on policies like immigration and health care would solidify support, but that hasn’t really materialized,” he wrote.

Adding, “He’s done basically the minimal amount of party building, and it’s been insufficient to help the party.”

Many Democrats in hindsight blame Obama for an executive agenda that prioritized social wedge issues such as transgender rights and access to birth control rather than “bread and butter’ issues and other mainstream economic anxieties.

“The backlash to the Obama presidency was perhaps bigger than any of us really realized,” said Simon Rosenberg, president of the New Democratic Network, a Democratic think tank.

So the question once again, why Obama?

Within his two brief outings, Obama has already demonstrated that it’s still all about “him” rather than helping the party find its way.
Obama’s reemergence on the campaign trail is more about attempting to salvage his tattered legacy by attempting to reinvent himself and arrogantly rewrite history.

“When you hear how great the economy is doing right now, let’s just remember when this recovery started,” an arrogant Obama reminded his young minions at the University of Illinois.

His comment once again gave critical thinking voters watching at home an opportunity to reexamine the facts. At one point during his speech, Obama referenced that his numbers regarding “new jobs created” matched that of his rival – and indeed he was correct.

What Obama cleverly omitted was the type and quality of those jobs. While the numbers were almost the same, Obama’s new jobs were almost all (94%) low wage, part-time jobs with little growth and no benefits.

Democrats should once again be extremely concerned with an angry narcissist attempting to patch up his legacy by giving a 64-minute speech and referencing himself over 100-times.

Remarkably, even with the massive decline of Democrats holding elective office during his presidency, Obama had the gall to suggest he would have been successful if allowed to seek a third term.

“I am confident in this vision because I’m confident that if I had run again and articulated it, I think I could’ve mobilized a majority of the American people to rally behind it,” Obama told ex-adviser David Axelrod for “The Axe Files” podcast.

Of course, the left-wing media is attempting to run interference for Obama, hoping history won’t be repeated for the Democrats come this November.