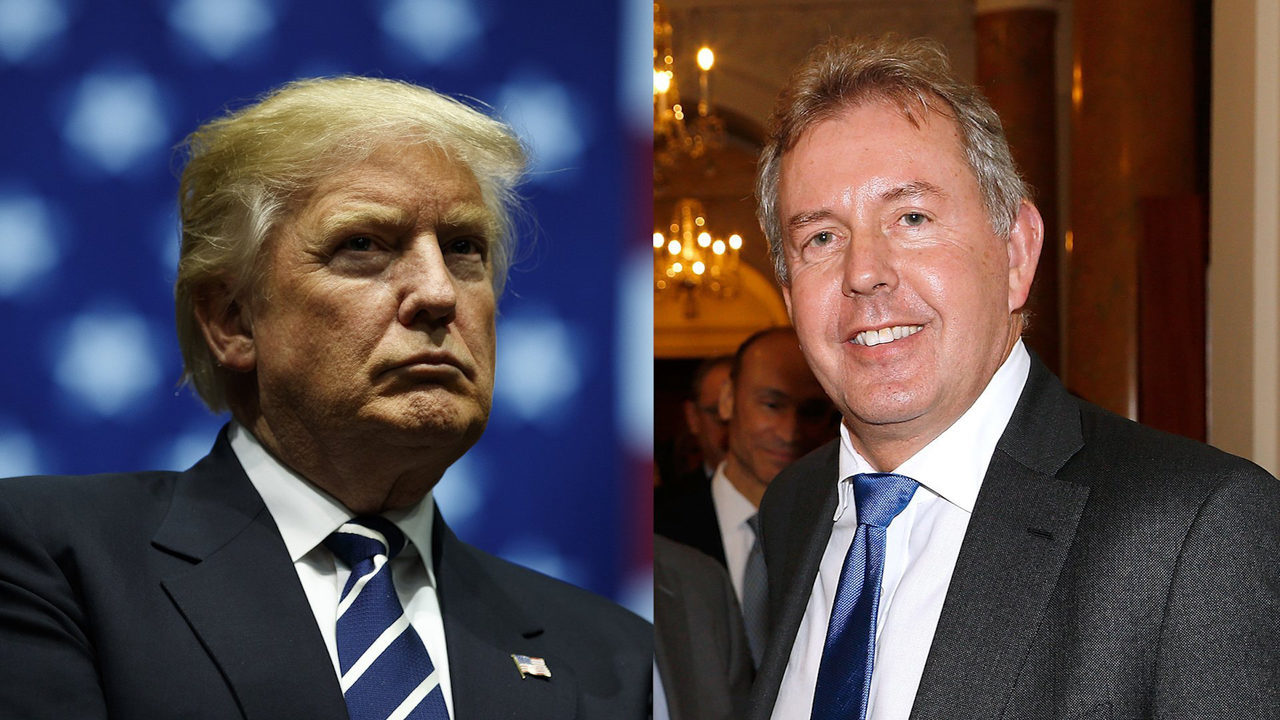 Mainstream news outlets, most notably NBC News, who first broke the story, have confirmed the authenticity of the documents. In a statement, a spokesperson for the British Foreign and Commonwealth Office said, “a formal leak investigation will now be initiated.”

The leaks provide a rare insight into how a key U.S. ally views the Trump administration behind closed doors.

In the full context of the memos, Darroch was critical of Trump’s economic policies, claiming they could wreck the world trade system. He also described conflicts within the White House as “knife fights” and warned “the worst cannot be ruled out” in regard to allegations of Trump’s collusion with Russia.

“We don’t really believe this administration is going to become substantially more normal; less dysfunctional; less unpredictable; less faction-riven; less diplomatically clumsy and inept,” Darroch wrote in one of a series of leaked documents covering the period from 2017 to the present.

The President heard about the leaked comments while still celebrating the July 4th weekend at his golf resort in Bedminster, NJ. He had this to say to reporters while he was leaving the resort to return to theWhite House on Sunday. “The ambassador has not served the U.K. well. I can tell you that. We’re not, we’re not big fans of that man — So, I can understand it and I can say things about him as well, but I won’t bother.”

At first, the U.K. foreign office defended Darroch, issuing a statement that basically said that ambassadors are allowed to be candid about their views. However, since then, the UK has rushed to mend fences. On Monday, July 8, U.S. International Trade Minister Liam Fox said he would be apologizing to Trump’s daughter Ivanka Trump when he meets her during his current visit to Washington.

“I will be apologizing for the fact that either our civil service or elements of our political class have not lived up to the expectations that either we have or the United States has about their behavior, which in this particular case has lapsed in a most extraordinary and unacceptable way,” he told the BBC Monday.

He called the leak of the emails as “malicious” and said, “leaks of this nature are unprofessional, unethical and unpatriotic and can actually lead to damage to that relationship which can, therefore, affect our wider security.”