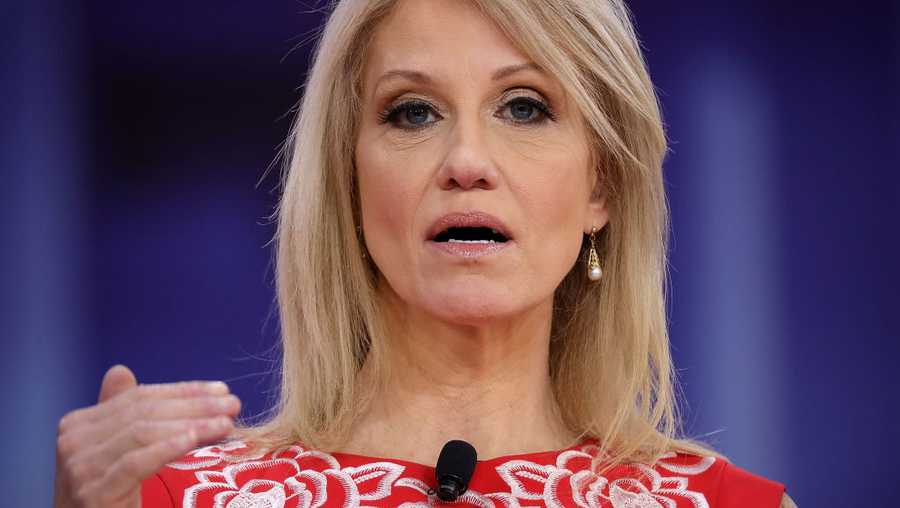 Woman Who Attacked Kellyanne Conway Will Not Face Charges

Charges have been dropped against a woman who attacked White House top aide, Kellyanne Conway.

The Maryland woman, Mary Elizabeth Inabinett, 63, was originally charged with assaulting White House counselor Kellyanne Conway during a confrontation last year at a restaurant in a Washington suburb. Inabinett’s trial was scheduled to start Monday morning in Montgomery County, Maryland. Instead, a county prosecutor asked a judge to dismiss the charges.

According to Fox News, Conway had told police she was attending a birthday party with her teenage daughter at a Mexican restaurant in Bethesda, Maryland, last October when she felt somebody grab her shoulders from behind and shake her. The woman who confronted Conway yelled, “Shame on you” and “other comments believed to be about Conway’s political views,” according to a charging document prepared by Montgomery County police.

According to the court documents, Conway suffered no injuries in the incident.

Montgomery County prosecutor Kathy Knight said Inabinett sent Conway a letter apologizing for the incident. “She has apologized for choosing this time and place to vent her political views,” Knight said. “That was inappropriate.”

Knight noted Inabinett had never been arrested for a crime before.

Ramon Korionoff, a spokesman for the Montgomery County State’s Attorney’s Office said dropping the charges is “the best resolution for this particular set of circumstances.”

While Conway did not comment on the dismissal, in an earlier interview with CNN after the incident, she said she was standing next to her middle school-aged daughter and some of her daughter’s friends when the woman began shaking her “to the point where I thought maybe somebody was hugging me.” She said it felt “weird” and “a little aggressive,” so she turned around to face the woman.

“She was just unhinged. She was out of control,” she said. “Her whole face was terror and anger.”