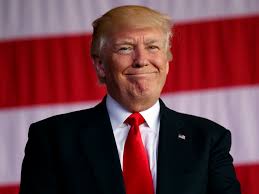 Will Trump Be Impeached?

Speaking on a recent edition of NBC’s “Meet the Press,” well-known liberal activist and billionaire hedge fund manager, Tom Steyer, said that he believes that President Donald Trump has already “met the grounds for impeachment.”

When asked by host Chuck Todd, “Where would you prioritize impeachment right now for the new Democratic House?,” Steyer replied; “I think there’s no question that this president has both met the grounds for impeachment and that it’s urgent to get him out of office…”

This is not the first time that Steyer has used the “I” word, in fact, he has been spearheading a campaign advocating for the impeachment of President Trump since long before the midterm elections. Back in August, speaking to Variety, Steyer said, “If candidates (then running for the midterm elections) are not for impeachment, they should explain what is their solution to the lawlessness and recklessness of this president?”

He went on in that interview to say, “The question should be, and I would pose it, what are we waiting for? How much information do you need? If the level of corruption isn’t too much for you, how many laws does he have to break before you decide he has to go?”

While the mainstream Democratic Party did not run on impeachment as Steyer suggested, which, given their resounding success in recapturing the House, was probably a good move, Steyer probably now feels emboldened to renew his quest for impeachment, given those results.

Who Is Tom Steyer?

Tom Steyer is a wealthy billionaire who is one of the Democratic Party’s largest donors. In the past, Nancy Pelosi has described him as a “friend” and “neighbor.” Steyer amassed his fortune as a hedge-fund manager and created the “Need to Impeach” campaign as an offshoot of his group, NextGen America, which was best known for climate change advocacy.

Steyer has poured millions into the “Need to Impeach” campaign and has collected 5.5 million signatures in the effort to impeach Trump. Prior to the midterms, he announced that he was spending an additional $10 million on a Need to Vote campaign to mobilize the electorate, drawing on the petition list to organize and make direct content.

But for the most part, Nancy Pelosi and the Democratic leadership have rejected Steyer’s effort, believing that calls for Trump’s head, will just galvanize a Republican response. Back in July, Pelosi said that impeachment was “off the table” if Democrats win back the House and that it would be a “gift” to Republicans. It turned out her strategy was correct as Democrats won back over 30 seats in the House in the midterms.

However, Pelosi did place a caveat on that promise to the GOP. She had said, “unless new information comes to light.” Now that the Democrats have won the House, and with the impending Mueller Report, and recent bombshells that revealed possible collusion between Paul Manafort, Roger Stone, and Julian Assange, it remains to be seen if impeachment may indeed return to the agenda when the new Congress is seated in January.