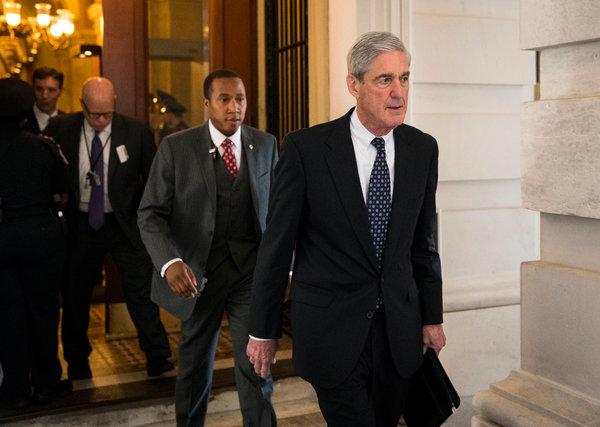 In a scathing letter to the Department of Justice, White House Counsel Emmet Flood, tore into Robert Mueller and his investigators, telling AG William Barr that the Special Counsel’s team included “political statements” in their Russia report and “failed” to act as traditional prosecutors — while stating President Trump reserves his right to invoke executive privilege on matters related to the report.

In the April 19 letter to the Justice Department obtained recently by Fox News, White Flood laid out a series of concerns with the Mueller report, specifically on the team’s handling of the investigation into whether Trump obstructed justice.

“The Special Counsel and his staff failed in their duty to act as prosecutors and only as prosecutors,” Flood wrote, complaining that the report “suffers from an extraordinary legal defect” by failing to comply with the “requirements of governing law.”

Mueller Was Making Political Statements Instead of Doing His Job

Flood raised concerns that the team did not reach a determination on the obstruction question while still going into great detail about the probe’s findings and including a pointed passage that stated the probe did not exonerate the president. That passage read, “The evidence we obtained about the President’s actions and intent presents difficult issues that prevent us from conclusively determining that no criminal conduct occurred. Accordingly, while this report does not conclude that the President committed a crime, it also does not exonerate him.”

Flood noted prosecutors “simply are not in the business of establishing innocence” and described these and other quotes and summaries made by Mueller in the report as “political statements.”

In the letter, which was sent the day after the redacted version of the Mueller report was made public, Flood said, “the one thing the Special Counsel’s Office, (SCO) was obligated to do is the very thing the SCO — intentionally and unapologetically — refused to do. The SCO made neither a prosecution decision nor a declination decision on the obstruction question.” Flood complained that the report was instead “laden with factual information that has never been subjected to adversarial testing or independent analysis.”

Flood, also maintained in the letter that Trump’s waiving executive privilege on the report does not constitute a blanket waiver, and he still has the right to invoke such privilege.

The letter comes as a defiant White House has signaled it intends to vigorously oppose subpoenas that might run up against executive privilege, a power sanctioned by the Supreme Court that allows the president and members of the executive branch to shield certain internal communications from disclosure, absent a compelling overriding justification.