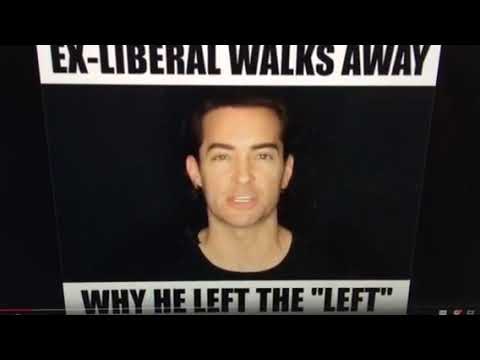 What is the #WalkAway Movement?

There is a movement slowly spreading across social media that is not receiving sufficient attention in the major liberal media outlets. It is the #WalkAway movement. The reason this movement is not getting anywhere near the coverage of #BlackLivesMatter, #MeToo or #MarchForOurLives is that #WalkAway is a movement in opposition to the liberal and media-favored Democratic Party. Basically, it is a movement of Democrats who are giving up their party because of its ever-expanding embrace of radical liberal and socialist policies – and the divisive tactics of the radical left that now controls the Party.

If you believe in stereotypes, you will be surprised to know that #WalkAway was started by Brandon Straka, a gay New York hairstylist whose avocation is using media to bridge dialogue between people of differing opinions. In the case of the Democratic Party, it turned out to be a bridge too far.

Barely a year ago, Straka was a a bit of a stereotype — that gay New York hairstylist who was a staunch Democrat and committed liberal. But he did not like what he saw. The tolerance and humaneness that he had associated with liberal philosophy had morphed into an oppressive hatred.

Straka has taken on his newly acquired political philosophy with all the zeal of a convert. He says:

“Once upon a time, I was a liberal. But liberalism has changed. I will no longer be a part of an ideology or political party that represents everything that contradicts my values of unity, equal opportunity, personal empowerment, passion and love. So, I’m walking away.”

Straka said he was growing tired of political correctness and identity politics. Still, in November of 2016, he voted for Hillary Clinton and said he was “devastated” by the election of Donald Trump. Straka’s political Road to Damascus occurred as he took in the media reports following the election. As much as he did not like Trump, he found the drumbeat of negative narratives to be dishonest – or a Trump may call it, fake news.

As a gay young man, Straka came to believe that the media and the Democratic Party were manipulating the “fears and concerns” of minority groups of all kinds. He accuses the left of creating a false sense of victimization in order to control the vote. According to Straka, the left has divided America into “victim and oppressors.”

While most of the major elitist media had ignored Straka, social media has not. His videos have gone viral and spurred others to take to YouTube to explain their own experience walking away from the Democratic Party and the political left.

This is the kind of movement that should terrify Democrats. It spreads across the nation at the grassroots. Even the overt efforts of the East Coast news culture to undermine the movement by intentional censorship cannot stop it.

How much Straka will influence the November election is yet to be seen, but it can be said that his #WalkAway movement may well be one of those proverbial “straws” that eventually break the back of the camel – or in this case the donkey.