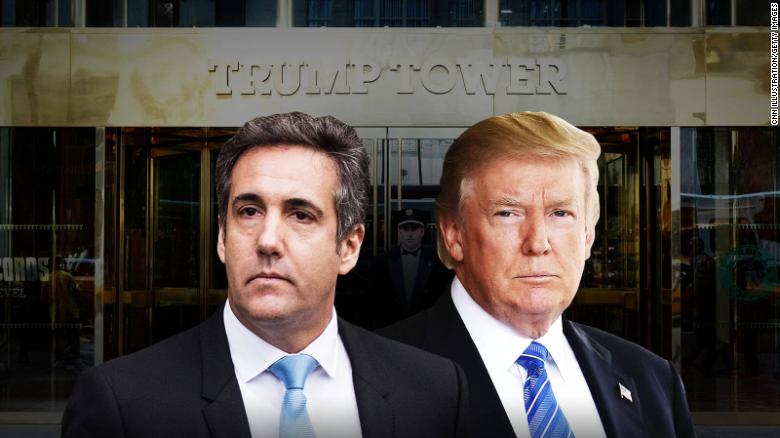 What is Michael Cohen up to?

I have long said – at least since Michael Cohen has become the target of a federal criminal investigation – that the one-time Trump friend, attorney, and fixer may pose the greatest threat to President Trump. He may be, as most of the anti-Trump press concludes, the most inside insider of the Trump operations with the exception of the president’s children – and maybe even more than them. But then again, maybe not.

Of course, much of the media’s case against Trump-the-businessman is predicated on the assumption of guilt – and Cohen knows all about it. But that is all it is – an assumption. Okay, maybe for Democrats and the anti-Trump press it is based more on wishful thinking. The legal danger to Trump rests on an assumption that the media assumption is true.

The reason I believe that Cohen could pose a danger to Trump is that the latter has been a major real estate developer in some of the most corrupt environments in the world – China, the Middle East and New York City. It is hard to imagine that anyone could survive, much less succeed, in those places without occasionally bending the law to the breaking point.

On the other hand, I have no reason to believe that Trump is any more likely to have broken a few laws along the way than virtually every other major real estate developer in New York – or China and the Middle East. How many of them could emerge unscathed in the face of a multi-million-dollar prosecution staffed by a large team of lawyers working full time with the singular goal to indict them? My guess is zero to none. Trump’s problem is that for many reasons – including getting himself elected President of the United States – he is the guy they are out to get.

They have not been doing very well on the criminal collusion angle.  They are not likely to do much better on the claim that foreign dignitaries staying at Trump Tower in Washington violated the “emoluments clause” – although they are hoping that case will lead to access — and the leaking of — Trump’s tax returns.  That, they hope, will lead to another path to pursue in their investigation in search of a crime – or at least enough embarrassing stuff to get a conviction in the court-of-public-opinion that will destroy Trump’s political capital and hopefully lead to an impeachment.

The Michael Cohen affair is just another of those avenues of pursuit.

Despite all the anticipatory conjectures about the Cohen case, we really know very little.  Just a bunch of second or third hand gossip presented as blockbusting breaking news.

While the inscrutable Robert Mueller is working behind closed doors, the politicos and the press are having a field day conjuring up endless speculation-as-news stories.  Scurrilous rumors and hyper hyperbolic narratives are all being churned out by Democrats, reporters and pundits to fill their air time and print space.

For weeks, we have been told that Cohen will flip.  Or that Cohen has flipped.  Cohen has the goods on Trump.  They all now agree – based on leaked information, source unknown – that Cohen is prepared to tell Mueller that he heard Trump learn and approve of the Trump Tower meeting with a group of Russians.  Depending on which news service you might turn to, the new revelation means that Cohen is letting Trump know that he has the goods on him, maybe soliciting a pardon.  Other columnists and cable news personalities, reporters and pundits suggest that Trump leaked the information to get it out of the way early.

Some see this as the smoking gun that will link Trump directly to criminal Russian collusion.  While it is easy to spin that narrative in the press, it is not so easy to make those allegations stick in a real court where laws must be met and rules of evidence applied.  Ironically, it was not long ago that the same know-it-alls in the press reported that Cohen would not be able to link Trump to Russian collusion and that is why Mueller kicked the case to the New York prosecutors.  If there had been any link to the Russian investigation, Mueller would have kept Cohen in house, so to speak.

Despite all the media interest in the Cohen case, there is almost nothing that is actually known.  We do not know what the New York prosecutors are looking at – not a clue – just some stuff associated with Trump’s business – maybe.  There have been no charges or indictments to provide a factual basis for all the rabid speculation.  It seems the less the press actually knows, the more they invent.

Yes, I would not be surprised if Cohen has stuff on Trump.  I would not be surprised if he did not.  At this juncture, Cohen is just an enigma being used as a political football.  Take away the rumors and the speculations and all we factually know is that Cohen is being investigated and his records have been seized.  Everything else is hot air being misreported as breaking news.