BREAKING NEWS
Home Politics What do the impeachment polls tell us that the media will not? 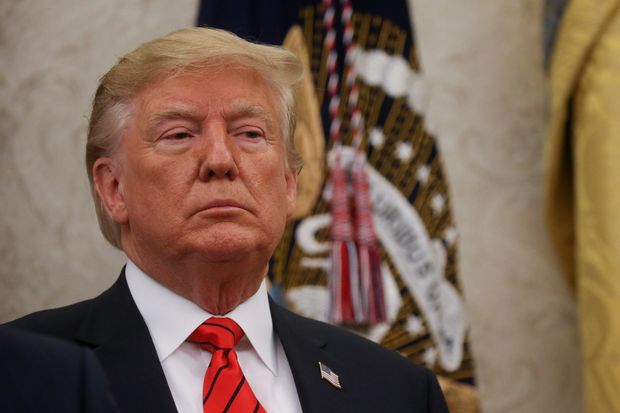 What do the impeachment polls tell us that the media will not?

If you follow the recent polls – and God knows why you would – they indicate that a slim majority – around 52 percent or so – favor impeaching President Trump.  Some polls even indicate that a majority of the American public favor removing him from office.

That gives Democrats a rationale for moving ahead with their three-and-a-half-year campaign to undo the 2016 election.  It is now 99.9 percent certain that they will impeach the President.  They are claiming popular support.

Since at least one or two Republicans in the House and Utah Senator Mitt Romney in the Senate have expressed support for the impeachment inquiry, Democrats also claim bipartisan support.  A few outliers are not, however, an indication of bipartisan support.

But then there are those other polls – the ones that get much less notice by the east coast left-wing news media.  Those are the state-based polls in such battleground states as Michigan, Wisconsin, and Pennsylvania.  In those key states, most folks OPPOSE impeachment.  In those critical swing congressional districts in which a Democrat won in a district previously carried by Trump, the voters are very much OPPOSED to impeachment.  The numbers generally run in the 53 to 40 range against — with the remainder undecided.

These numbers should scare the hell out of Democrats presidential candidates and House Speaker Nancy Pelosi.  It could mean the re-election of Trump and the re-taking of the House by the GOP if they proceed with impeachment – and they have little choice but to impeach.  If they did not vote to impeach, their radical base would go nuts and Trump would rightfully declare all their talk of criminal and impeachable behavior to be political nonsense.

The apparent disparity in the polling numbers between the national figures and the state-based figures reflects the same dynamic that gave Trump the majority in the Electoral College even as Hillary Clinton won the popular vote. It could happen again based on the current polling numbers.

It is the weight of the large populations in blue states.  Such states a California, New York and Illinois produce HUGE numbers for the Democrats – ergo votes for impeachment.  But no matter how lopsided the numbers, the votes in the Electoral College would favor Trump.  You can win California with 90 percent of the vote, but if you lose Wisconsin, Michigan, and Pennsylvania, you are losing the election.

In 2016, California alone gave Clinton the votes needed to gain a majority of the popular vote.  But it was Trump’s narrow victories in several of the key battleground states that gave him the Electoral College by a significant amount – and with it, the presidency.

If you translate the current polling numbers to votes in the 2020 General Election – and assume that Trump can carry states and congressional districts in which there is opposition to impeachment, much less removal – it is very possible that 2020 could be a repeat of 2016.  The Democrat candidate might again win the popular vote – based on lopsided majorities in California and New York — and still, lose the Electoral College votes to Trump.

An additional danger for Pelosi is that many of those Trump congressional districts that flipped in 2018 will flop in 2020 – giving back the majority in the House to the GOP and sending Pelosi into retirement.

Pelosi & Company fully understand that it is extremely unlikely that the Senate will remove Trump from office. They are banking on inflicting enough damage on Trump and the Republican brand to enable them to win both the White House and the Senate.  It is a high-risk strategy with no guarantee that it will not backfire.  But Democrats are already well down the slippery slope of impeachment.  Whether it is a good strategy for Democrats or a potential disaster, only time will tell.