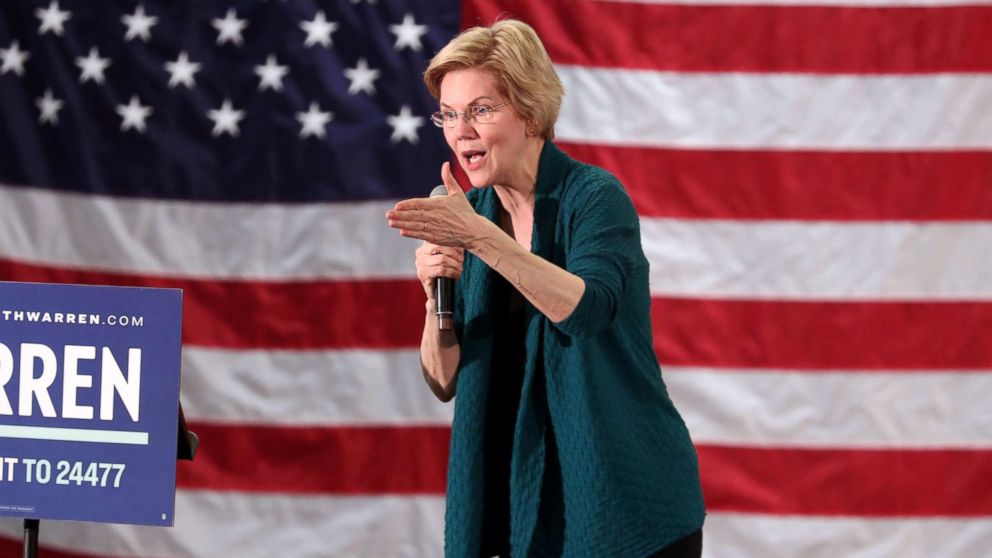 As the 2020 Democratic hopefuls race to see who can give away more “free stuff” to their gullible base of millennial voters, Sen. Elizabeth Warren (D-MA) just proposed a new $640 billion student college debt relief program that would also eliminate college tuition for all two and four-year public colleges.

The 2020 Democratic presidential candidate unveiled the ambitious policy proposal as she attempts to distinguish herself from the large and progressive Democrat field. Warren released the proposal ahead of a series of youth-oriented CNN town halls the other night with 2020 presidential candidates held at Saint Anselm College in New Hampshire.

“It’s a problem for all of us,” Warren said, noting that student college debt has reached more than $1.5 trillion and affects more than 40 million Americans. “It’s reducing homeownership rates. It’s leading fewer people to start businesses. It’s forcing students to drop out of school before getting a degree.”

Warren’s proposal was an obvious pander to the young voters ahead of the Town Hall, but it was also a major a slap in the face to those who have already struggled to pay off their student loans without government assistance. Not to mention it would be absurdly costly, but the Democrats, particularly Warren, Sanders and their progressive ilk, have yet to realize that “free” is never really free!

But, the proposal, while fiscally untenable, makes perfect pollical sense for Warren’s attempt to break out and grab the millennial vote. Most of her fellow candidates have been using the “Free College For All” rallying cry, but millennial’s, who make a huge percentage of the current democratic base, do not much care about “free college.” They themselves are already recent grads, and they are way too young to have college bound kids. But what they do have is a mountain of student loan debt, so promising to cancel all of their debt would have a huge impact on their finances.

Right now, more than a third of millennials have student loan debt, and studies have shown that the debt is leading them to delay major life decisions including purchasing a house, saving for retirement, and even getting married and having kids.

Who’s Going to Pay For It?

What Warren is proposing is to offer debt cancellation of up to $50,000 to more than 42 million people, or 95% of those with debt. She says that will completely wipe out debt for 75% of borrowers with student loans.

The question, as always, for the Progressives and their proposals is, “who’s going to pay for it?” And the answer, as usual, is “the wealthy.”

Warren has proposed an “ultra-millionaire tax” that would annually tax wealth above $50 million at an extra two percent with an additional one percent tax on wealth over $1 billion. She says this will pay for her tuition and debt relief plan. Not only is such a tax wildly unpopular, she has gone to this well before, and thinks this same tax will also pay for her “free” childcare proposal.

But aside from the cost, her plan would be tremendously unfair to those who have been struggling for years to pay off their student loans, or went to second choice schools, or cut their living expenses to the bare bones, to be responsible, and pay their debts.

Furthermore, even if she should by some stretch of the imagination, get the nomination and win the White House, a “wealth tax” never adds up to what those who propose such things think they will, and inevitably, such “free programs” wind up with an increased tax burden on the very people they are supposed to help – the middle class.