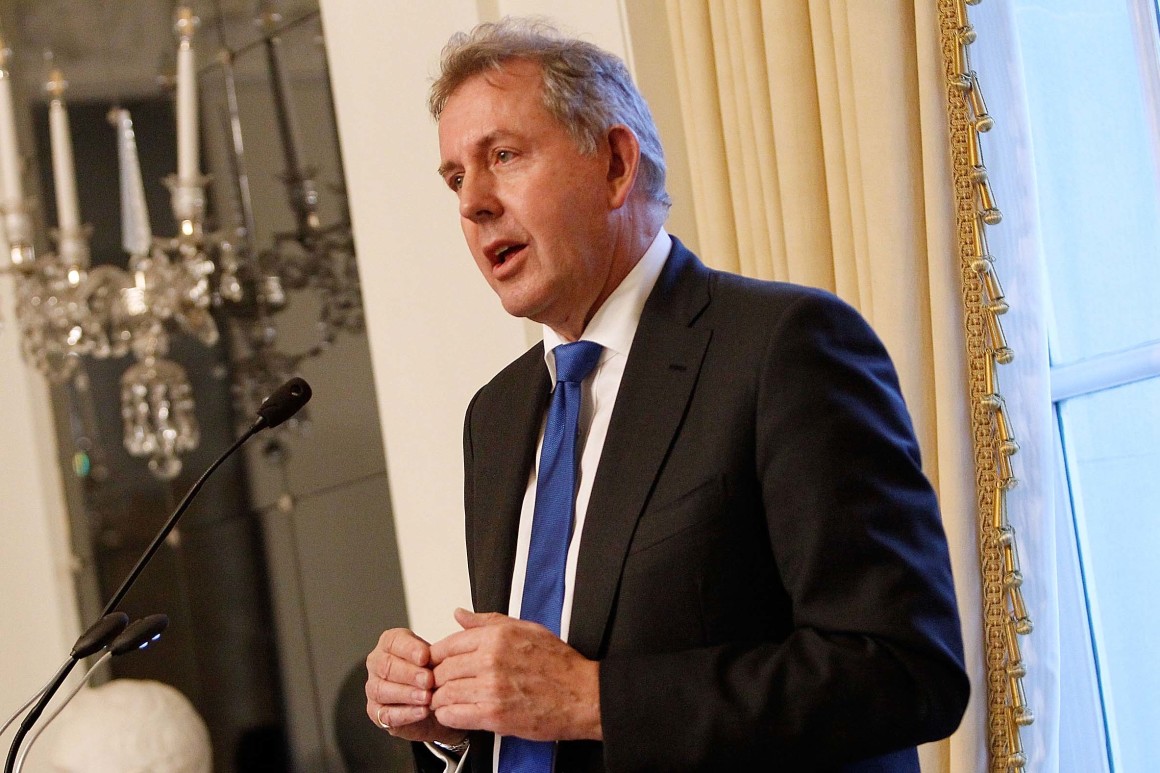 UK Ambassador Out Thanks To Trump

The UK’s most senior diplomat in the US stepped down following a very public row with Donald Trump.

Kim Darroch’s resignation came on the heels of some very choice words the President had for not only him, but Prime Minister Theresa May.

After leaked official cables found Darroch referring to Trump as “inept” and worse,  Trump said on Tuesday, July 9, that Prime Minister Theresa May was “foolish” in her handling of Brexit, and he doubled down on the feud with Darroch, calling the Ambassador “wacky,” “stupid” and a “pompous fool.”

“The wacky Ambassador that the U.K. foisted upon the United States is not someone we are thrilled with, a very stupid guy. He should speak to his country, and Prime Minister May, about their failed Brexit negotiation, and not be upset with my criticism of how badly it was handled,” the President tweeted.

Announcing his resignation in a letter, Sir Kim wrote:

“Since the leak of official documents from this Embassy, there has been a great deal of speculation surrounding my position and the duration of my remaining term as ambassador. I want to put an end to that speculation.

The current situation is making it impossible for me to carry out my role as I would like.

Although my posting is not due to end until the end of this year, I believe in the current circumstances the responsible course is to allow the appointment of a new ambassador.”

Originally, the British government stood by Darroch. When the leaks first surfaced, a spokesman said that “We have made clear to the U.S. how unfortunate this leak is” and that “the selective extracts leaked do not reflect the closeness of, and the esteem in which we hold, the relationship.” Adding, “At the same time we have also underlined the importance of ambassadors being able to provide honest, unvarnished assessments of the politics in their country.”

However, as the feud seemed to escalate and tensions grow between our two countries, Darroch’s hand was forced into resigning. However, Prime Minister Theresa May said she felt it was a “matter of regret” that Darroch resigned.