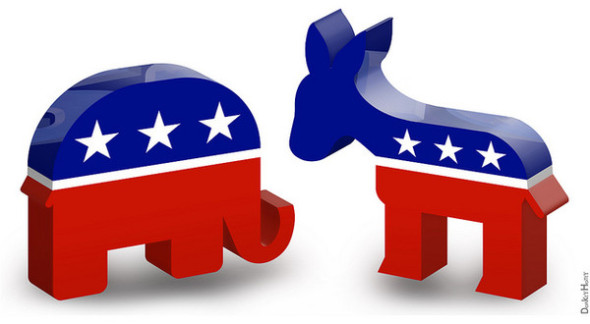 U.S. Midterm Elections 2018: Another Fork in the Road

This November the 6th, 2018, Americans will head to the polls in perhaps what will be the midterm election of our lifetimes. On this fateful day, Americans will lead to the ballot boxes to elect 435 House members and 33 Senators. States will also hold critical races for governor as well as state legislature positions. The stakes couldn’t be higher.

Prominent figures like Steve Bannon, co-founder of Breitbart news and former Chief Strategist in the Trump administration, has described the upcoming election as a ‘Referendum on the Trump’s first two years in office.’ Trump has also embraced this notion.

Just as we saw in the 2016 elections, expect to see a rise in radical leftwing violence against conservatives as November draws nearer. Earlier this week, on Columbus Day, we saw a mob of violent anarcho-communists illegally block and harass elderly motorists who were minding their own business and going about their daily lives. The deluded group, which calls themselves ANTIFA (short for Anti-fascists), is not anti-fascist in any sense of the word – but are a group of individuals who project their authoritarian worldview onto those whom they perceive to be political adversaries. Since Trump’s Election in 2016, we’ve seen a rise in unprovoked street violence coming from this anarcho-communist group.

The 2018 Midterm elections, without a doubt, will have a crucial impact on the political landscape of the United States for years to come.

President Trump has told the people, in the case that Republicans were to lose big to the Democrats in November, “They will overturn everything that we’ve done, and they’ll do it quickly and violently.”

There are 35 seats up for grabs in the upper chamber of Congress this fall. To take control of the Senate, Democrats will need to grab two additional seats. Analysts have suggested that the chances of the Dems achieving this is quite the long shot. Just nine GOP seats will be contested in the Senate this time around.

In the lower chamber of the Congress, the House, 435 seats are up for election. At present, Republicans hold 238 seats while the Democrats have 192. For the Democrats to flip the House, they’ll need to win at least 23 Republican-held seats. If we look at historical precedents and past midterm election trends, unless Republicans turn out to vote in significantly large numbers, they are likely to lose some seats in November.

If Democrats succeed in taking the House, we can expect to see more politically motivated witch hunts against Trumpian Republicans, and in all likelihood, nonsensical impeachment proceedings against Trump himself. Additionally, if the house and senate split, Republicans can expect to have their legislative agenda brought to a grinding halt.

Currently, according to ‘the Polls’ – and we all know how reliable those are – the Democrats are poised to overtake the House majority. However, let us not forget easily what the polls, political experts and mainstream media sources all said both during the runup to the 2016 Brexit vote and the U.S. election in the same year—all were dreadfully wrong. We shouldn’t put much faith in any of these sources. At the same time, conservatives shouldn’t expect to stay home on the 6th and at the same time expect to come out on top.

American conservatives must show up in full force to the ballot boxes this November, just as they did two years ago. If conservatives fail to show up to the polls in significant numbers, as they did in 2016, they should, at the very least, expect to lose the House.

Eerily reminiscent to the 2016 election, headlines coming from mainstream newsprint sources and talking points from fake stream media sources like MSNBC and CNN suggest that the Democrats could enjoy a ‘blue wave’ that will elevate Democrats to majority status in both the Senate and House. Republicans can’t let that happen. So, I will reiterate, Republicans must show up to vote in impressive numbers to prevent it from occurring.

Two Year Later: Another Fork in the Road

In November 2016, American’s found themselves at a fork in the road. To the right, there was Donald Trump, a seemingly new kind of anti-establishment, counter globalist Republican who promised to take disillusioned, cynical working and middle classes in an entirely different direction than the one that they had been headed for the past 16 years under Bush and Obama. To the left stood Hilary Clinton with her elitist, globalist, corporatist, pro-war, pro-mass 3rd world migration agenda. It was obvious that grassroots leftist activists would have preferred the more populist Bernie Sanders to Clinton, but the elite genuinely running the Democratic Party wouldn’t have it. Electing Clinton to the White House would’ve meant another eight years of Bush-Obama Era policies.

And even though it wasn’t portrayed as such by the media, the decision wasn’t difficult for Americans—they wanted change, actual change. Trump has given that to us, to a degree, but it hasn’t been nearly enough. The counter-globalization, pro-working class, conservative agenda must be taken to new heights. On November 6th, 2018 Americans have another series of crucial decisions to make. The choices are relatively simple: globalism or populist nationalism, the working classes or the banking and merchant (corporatist) classes, mass illegal immigration or strong borders and the enforcement of law and order, the family or the state, traditionalism or neoliberalism and cultural Marxism.