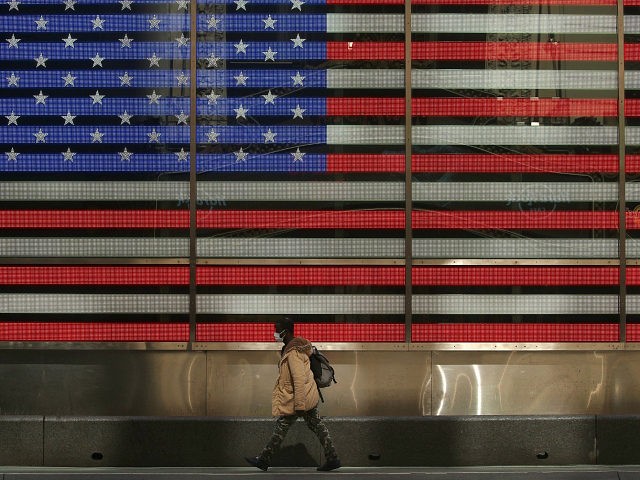 April was the second consecutive month of job losses for the U.S. economy following the record 113 months run of expanding employment rolls.

Economists had forecast that the economy would lose 21 million jobs and that the unemployment rate would climb from 4.4 percent to 16 percent. So the April figures were better than expected.

Employment fell sharply in all major industry sectors, with particularly heavy job losses in leisure and hospitality, the Labor Department said. Both average hourly earnings and average hours worked moved up in April, likely reflecting businesses shedding newer and lower-paid employees first and attempting to make do with smaller payrolls by increasing hours.

White-collar positions have not been immune to the coronavirus jobs catastrophe. Information technology and financial services sectors shrank by more than one-quarter of a million jobs. Business services lost 2.1 million jobs.

The scale of the job loss has been breathtakingly sudden despite an unprecedented level of support for the economy from the federal government and the Federal Reserve. Over the past seven weeks, more than 33 million Americans have filed claims for unemployment benefits. But the number of claims has been declining for five consecutive weeks.

The Trump administration successfully pushed Congress to authorize direct payments to U.S. households to support incomes and to raise the amount paid by unemployment benefits by $600 a week, making it possible for some Americans to earn more through losing a job than they made working. The federal government is also backing over $600 billion of loans to small businesses that can be forgiven if those businesses avoid layoffs.

The Fed cuts its interest rate target to a range between 0 and 0.25 percent. In addition, it is in the process of launching a number of new lending facilities aimed at providing liquidity to struggling businesses.

But loans and direct payments can only go so far to offset orders that many businesses close their doors entirely or dramatically reduce the number of customers they serve. The customers were told to stay at home and avoid going out except to purchase essential items. Bars, theaters, and gyms were shuttered in much of the country. Restaurants were required to close dining rooms, remaining open only for take-out and delivery. Manufacturers often had to shut down altogether, including the plants of most automakers in the U.S. Health care establishments found themselves bereft of businesses as patients canceled elective procedures and even regular check-ups.

In the five weeks covered by the U.S. jobs report for April, 26.5 million people applied for unemployment benefits. The job loss reported Friday is lower than that because the two are measured differently: The government calculates job losses by surveying businesses and households. It’s a net figure that also counts the hiring that some companies, like Amazon and many grocery stores, have done. By contrast, the total jobless claims is a measure of just the layoff side of the equation.

Even Friday’s numbers don’t fully capture the scope of the damage the coronavirus, social distancing, and government shutdown orders has inflicted on jobs and incomes. Many people who are still employed have had their hours reduced. Others have suffered pay cuts. Some who lost jobs in April and didn’t look for a new one in light of their bleak prospects won’t even be counted as unemployed.

During the Great Recession of 2008-2009, the nation lost 6.5 percent of its jobs over a two-year span. It was the worst loss in any recession since World War II. The unemployment rate hit 10 percent in the fall of 2009, the highest level since 1982’s 10.8 percent unemployment.

But if shutdowns recur and hiring revives more slowly, the jobless rate could remain in double-digits until the end of 2021, the San Francisco Fed economists predict.

Raj Chetty, a Harvard economist, is tracking real-time data on the economy, including consumer spending, small business hiring and job postings. Chetty noted the economy’s health will hinge on when the viral outbreak has subsided enough that most Americans will feel comfortable returning to restaurants, bars, movie theaters and shops.

The data suggests that many small businesses are holding on in hopes that spending and the economy will rebound soon, he said. Small business payrolls have fallen sharply but have leveled off in recent weeks. And job postings haven’t dropped nearly as much as total jobs have. But it’s unclear how much longer those trends will persist.

“There’s only so long you can hold out,” Chetty said.