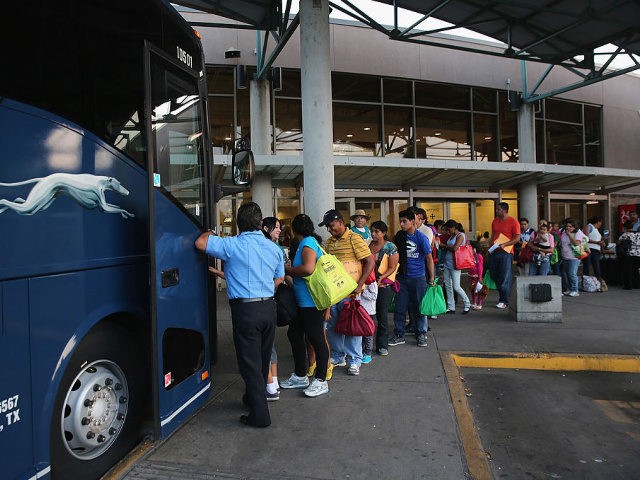 U.S. Department of Homeland Security releases 12,500 illegal immigrants into the country in a single week

Just last week, Trump’s Department of Homeland Security let loose about 12,500 illegal immigrants and border crosses into the interior of the U.S., according to federal data.

The process of catch and release generally requires federal immigration officials to transport illegal border crossers into neighboring border cities and drop them off with nothing more than a promise that they will show up to their immigration hearings which are sometimes years later. Unfortunately, the sad truth is that once released into the country, the vast majority of these illegal immigrants and border crossers are never deported.

In the week before last, alone, almost 6,000 illegal immigrants and border crossers were released into the El Paso, Texas, region, while nearly 3,500 more were released in the San Antonio, Texas, area.

Regions along the US-Mexico border have been absolutely inundated and overwhelmed in recent months thanks to the catch and release policy executed by the DHS. So much so, that last week the Mayor of Yuma, Arizona, Douglas Nicholls, was forced to declare an emergency due to the lack of public resources required to properly deal with the release of thousands of migrants into the city.

In the case that the Trump administration continues to mass-release illegal immigrants and border crossers into the country at the rate it’s releasing them now, there could be nearly half a million of them released by the year’s end.

At its present rate, illegal immigration levels are projected to eclipse those during every single year of the Bush administration and return the country to what was seen during the Clinton era crisis.