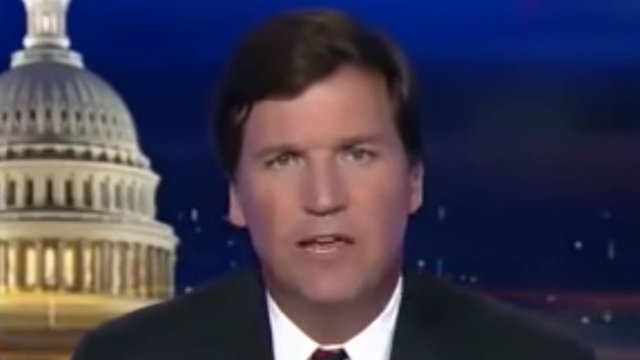 Tucker Carlson is Number One

If you’re an avid viewer of Fox News, especially in prime time, then you’re probably a fan of this friendly, cerebral host – who uses good humor combined with an analytical common sense approach in unmasking overbearing progressive dogma.

This ultimately leaves the unprepared guest looking for an exit door. Carlson’s unassuming and boyish persona masks a sharp intellect that cuts through the smokescreen of political talking points, to the core issues at hand.

According to a recent poll just released on Tuesday by the Morning Consult Survey,  Tucker Carlson leads  all Republican pundits with a favorability rating of plus 31.

The other leading contenders viewed as the five most popular hosts among Republicans also happened to be Fox News hosts, including Laura Ingraham, Ainsley Earhardt, Dana Perino and Chris Wallace.

The Morning Consult Survey poll sampled 895 Republican adults between Nov. 6th and 7th, with a margin of error of 3%.

However, Murdoch’s gamble paid off – Carlson’s show is number one in his time slot, far outdistancing the competition on both CNN and MSNBC.

This did not stop the left wing mob who recently targeted the host’s private home. At least one protester went all the way up to Carlson’s front door and rang the doorbell, shouting “racist scumbag, leave town!” and “Tucker Carlson, we will fight! We know where you sleep at night!”

The group “Smash Racism DC” posted video footage to Twitter showing one of the mob’s ringleaders leading the crowd: “No borders! No walls! No USA at all!”

“Tucker Carlson, you cannot hide from the people you hurt with your rhetoric, your lies, and your hate,” the group wrote on Twitter, adding the hashtag “#KnockKnockTucker.”

In another shameful incident, Carlson’s 19-year old daughter was verbally harassed and assaulted in a restaurant, at a country club in October.

After the incident was verified and reported, The Daily Caller News Foundation attempted to interview the alleged assailant, a Board of Directors member for The Women’s Initiative, named Juan Manuel Granados.

The woman’s group refused the multiple phone calls regarding Granados alleged remarks at Carlson’s daughter, calling her a whore” and a “f**king c**t.”

Sadly, the price nowadays for being a recognized and popular conservative comes with a warning label, especially if you’re the spouse of that well known conservative and home alone. Be prepared to defend yourself…because the next rabid leftist loon that comes to your front door may not be ringing the bell to harass you – he may attempt to assault you.