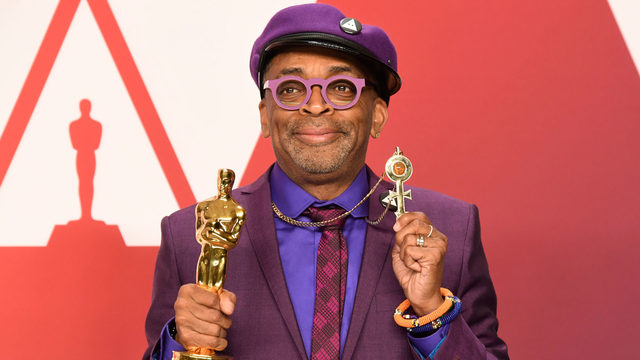 It did not take long for President Donald Trump to react to left-wing activist and vocal anti-Trump film director Spike Lee for his digs at the president during Oscar broadcasting.

In his acceptance speech for winning Best Director for “BlacKkKlansman,” Lee said, “Let’s all mobilize,” he continued. “Let’s all be on the right side of history. Make the moral choice between love versus hate. Let’s do the right thing! You know I had to get that in there.”

The Hollywood leftist also praised his ancestors, “who built our country.”

His comments, a direct jab at the president, prompted this scathing response from Trump, who Tweeted Monday morning, “Be nice if Spike Lee could read his notes, or better yet not have to use notes at all, when doing his racist hit on your President, who has done more for African Americans (Criminal Justice Reform, Lowest Unemployment numbers in History, Tax Cuts,etc.) than almost any other Pres!”

Lee Not The Only Oscar Winner to Toss Shade on Trump

Though nominated before, this was the first Oscar for Lee. BlacKkKlansman is based on the true story of a black Colorado detective who infiltrated the Ku Klux Klan in Colorado in the 1970s.

Lee was far from the only Academy Award winner who referred to notes when delivering their acceptance speeches Sunday, nor was he the only attendee who took not so thinly veiled shots at the president during their time on stage.

In the opening monologue of the show, actress Maya Rudolph took a dig at Trump, lumping his reversal on having Mexico pay for a border wall in with the reversal of the Academy in creating a popular movie category and its decision not to have a host for this year’s awards.

“Just a quick update for everybody in case you’re confused,” she said. “There is no host tonight. There won’t be a popular movie category. And Mexico is not paying for the wall.”

Trump, who was up particularly early to give his view on the Oscars, hasn’t yet commented on Rudolph’s jabs, nor the other so-called stars that made subtle digs at the Commander-in-Chief including Barbra Streisand and Javier Bardem.