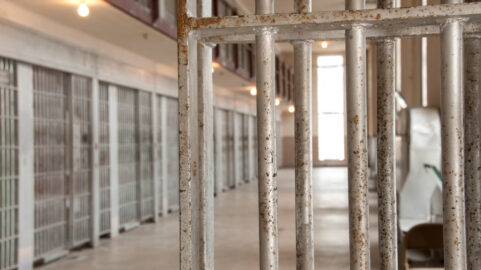 Douglass Mackey, also known as “Ricky Vaughn” was taken into custody after police showed up at his home on charges of “depriving individuals of their constitutional right to vote.”

According to the official criminal complaint, Mackey conspired to”injure, oppress, threaten, and intimidate persons in the free exercise of a right and privilege secured to them by the Constitution.” Specifically, these alleged “crimes” were carried out through memes. He faces 10 years in prison for the charges.

According to The New York Times report on the case:

“Federal prosecutors accused Douglass Mackey, 31, of coordinating with co-conspirators to spread memes on Twitter falsely claiming that Hillary Clinton’s supporters could vote by sending a text message to a specific phone number… As a result of the misinformation campaign, prosecutors said, at least 4,900 unique phone numbers texted the number in a futile effort to cast votes for Mrs. Clinton… Their effort to misinform voters began after the group saw a similar campaign intended to deceive voters in the 2016 referendum in Britain on whether to leave the European Union, also known as Brexit, according to the complaint.

Mr. Mackey and his associates created their own version, sharing photos that urged Mrs. Clinton’s supporters to vote for her on Election Day using a hashtag on Twitter or Facebook. To make the images look more legitimate, they affixed the logo of her campaign and linked to her website.

Some of their memes appeared to target Black and Latino voters. One image had a Black woman standing in front of a sign supporting Mrs. Clinton, telling people to vote for Mrs. Clinton by texting a specific number. Mr. Mackey shared a similar image written in Spanish, prosecutors said.”

When Mackey’s fake campaign first launched, BuzzFeed reported that those who texted the number received a reply text informing them that the ad was not legitimate.