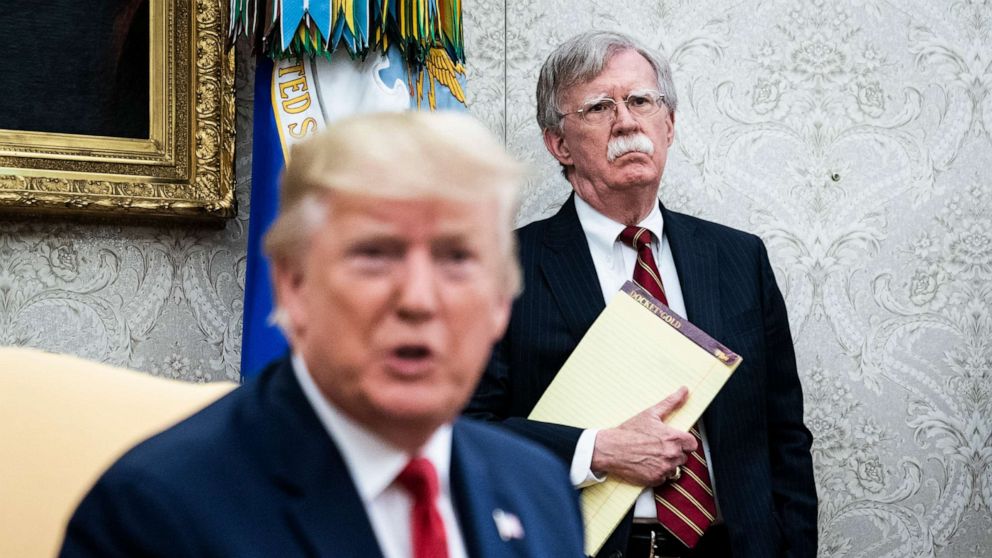 An angry President Trump has said that any and all allegations being made by his former national security advisor in his soon to be released book are simply “false.”

The president made these statements in the wake of lead Impeachment Manager Adam Schiff pushing to have Bolton testify, after the dramatic leak of the manuscript on Monday 1/27.

Bolton allegedly claimed President Trump told him he would withhold aid from Ukraine unless the country agreed to investigate the Bidens. Rep. Schiff is now hoping Bolton could provide evidence of that.

“He should be placed under oath and this is why we think the testimony should be public,” he stated. “It should be live; let the American people, along with the senators, evaluate John Bolton’s credibility when he testifies and make their own judgment.”

President Trump denied the claims and said he never told Bolton he would pressure Ukraine. He believes his former national security adviser is trying to “sell his book” by suggesting the president tied Ukrainian security aide to Democrat investigations.

Bolton has said he is willing to testify in the impeachment trial if subpoenaed, however, it is unclear if the Senate will choose to call him as a witness.

Meanwhile, moderate Republicans who were “on the fence” about calling witnesses are reportedly under more pressure after the Bolton book leak. According to The Hill, Republicans could see Sen. Susan Collins (R-Maine) and Sen. Mitt Romney (R-Utah) defect and vote in favor of new evidence and witnesses. This follows their comments last week in support of issuing new subpoenas.

Before the Bolton report was released, Sen. Lisa Murkowski (R-Alaska), a known swing vote, did not mention whether she backed more witnesses. She said she needs to review her notes to make an informed decision.

Sen. Mike Braun (R-Ind.) suggested Bolton’s credibility could be called into question because he left the White House on bad terms.

It’s unknown at this point whether the Senate has 51 votes to call new witnesses to speak under oath to lawmakers. President Trump has threatened to invoke executive privilege to block Bolton’s testimony and tie-up any subpoena for his statement in the courts.