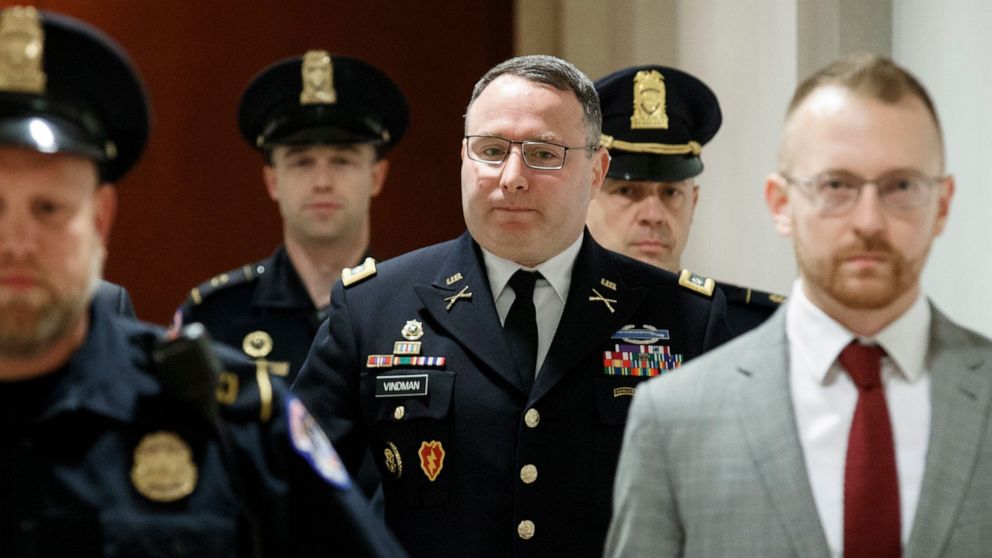 Trump Says He Has Poof of Vindman’s Bias

President Donald Trump has implied that he has evidence that will expose the bias against him of decorated war veteran Lt. Col. Alexander Vindman.

Over the weekend, Trump seemingly threatened to expose information on Vindman, whose damning testimony reportedly included that the president omitted certain “keywords and phrases” from the White House’s memo of the Ukraine phone call at the center of an impeachment inquiry.

Vindman sat in on the July 25 call between Trump and Ukraine President Volodymyr Zelenskiy that spurred the House of Representatives’ impeachment investigation.

While speaking to reporters outside the White House, Trump repeated his earlier claims that Vindman is a “Never Trumper,” a label he also bestowed on former Ukraine Ambassador William Taylor after his impeachment inquiry testimony outlined how Trump officials made demands of the Ukrainian government in exchange for investigations into the Bidens.

Vindman, reportedly testified that he was instructed by White House counsel John Eisenberg to keep quiet about the call after voicing his concerns. “It’s a whole scam… it’s between the Democrats and the fake news media,” Trump said of the inquiry. When asked what evidence he had that Vindman is a “Never Trumper,” the president cryptically responded, “We’ll be showing that to you real soon.”