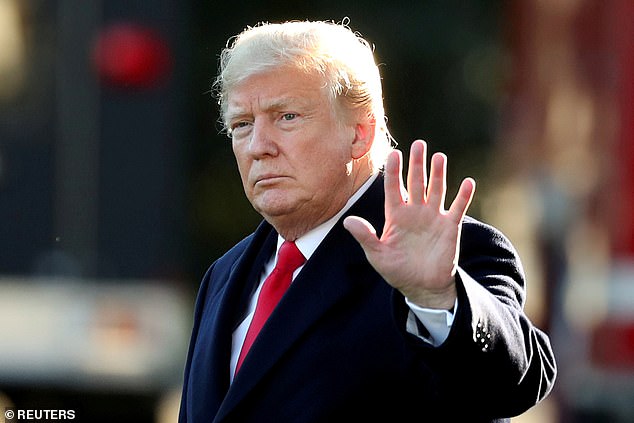 In a series of recent tweets, President Trump blasted Democrats for saying that the United States has been facing a “constitutional crisis,” calling it “pathetically untrue.”

Trump tweeted, “The Democrats new and pathetically untrue sound bite is that we are in a ‘Constitutional Crisis.’ They and their partner, the Fake News Media, are all told to say this as loud and as often as possible. They are a sad JOKE! We may have the strongest Economy in our history, best employment numbers ever, low taxes & regulations, a rebuilt military & V.A., many great new judges, & so much more. But we have had a giant SCAM perpetrated upon our nation, a Witch Hunt, a Treasonous Hoax. That is the Constitutional Crisis & hopefully guilty people will pay!”

The next day, House Speaker Nancy Pelosi, D-Calif., said she agreed with Nadler’s statement that the U.S. was facing a “constitutional crisis.”

“This administration wants to have a constitutional crisis because they do not respect the oath of office that they take,” Pelosi told reporters during her regularly scheduled news conference last week on Capitol Hill.

The Biggest Hoax in American History

Nadler’s committee voted along partisan lines to hold Barr in contempt on Wednesday and angered the White House by not delaying the vote. At the same time, the president invoked executive privilege — refusing to comply with Congressional subpoenas.

Nadler accused the White House of “stonewalling” the American people and attacking “the essence of our democracy.”

Barr was set to testify before the House panel earlier this month, following his remarks before the Senate, but pulled out after Democrats insisted committee staff, rather than members of Congress, be allowed to ask the questions.

Rather than any kind of “constitutional crisis” President Trump continues to see the Mueller investigation as nothing more than a great big hoax, also tweeting, “Despite two years and millions of dollars spent, the Democrats are acting like crazed lunatics ever since the results of the Mueller Report were made public. But they knew there was NOTHING even before the Report was started. It is all a big Hoax, the biggest in American history!”

In an ongoing slew of vitriolic tweets, the president continued that the only, ’Constitutional Crisis’ is the Democrats refusing to work. Let them start by fixing the mess that their Immigration Laws have caused at the Southern Border.” Which was followed by another tweet in which he defended his stance on trade with China, and said that China would be happy to back a democrat in 2020.  “China is DREAMING that Sleepy Joe Biden, or any of the others, gets elected in 2020. They LOVE ripping off America,” Trump tweeted.