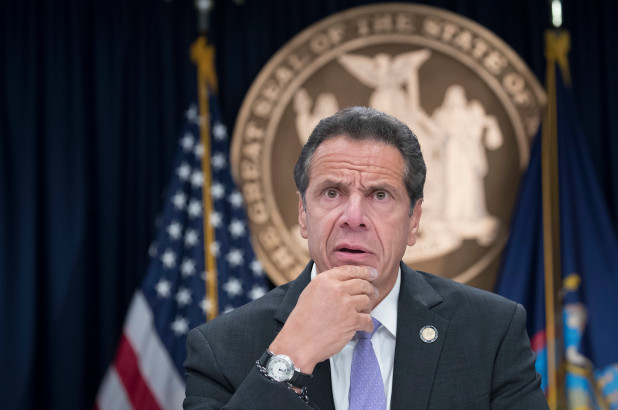 One day after New York Attorney General Letitia James subpoenaed two banks for records related to four of Trump’s real estate projects and his failed bid to buy the Buffalo Bills, the president has fired back with a scathing tweet branding New York State and its Governor, Andrew Cuomo, “proud members of the group of PRESIDENTIAL HARASSERS.”
The new probe by the New York State Attorney General’s office appears to be civil and not criminal, however, the new requests add to Trump’s legal headaches from federal, state and congressional probes into his administration, campaign and businesses.
Not surprisingly, James and Cuomo are both Democrats.
Legitimate Investigation, or Witch Hunt
A person familiar with the matter says that Letitia James’ subpoenas have asked for loan applications, mortgages and other Trump financial records. The person, who gave this information to the Associated Press, wasn’t authorized to discuss the matter publicly and spoke on condition of anonymity. The move came after Trump’s former lawyer, Michael Cohen, testified before Congress last month that the president inflated his wealth in financial statements when trying to obtain funding.
Trump went on to say that in light of such “harassment,” it is “no wonder people are fleeing the state in record numbers.”
President Trump ended his response to Cuomo and James by declaring, “The Witch Hunt continues!” He’s used similar language to criticize the various ongoing investigations into his rise from businessman to president.
Cuomo Responds to Trump
Gov. Andrew Cuomo fired back at Trump’s accusations. Speaking to a gathering in Nassau County, Cuomo responded to what he called the president’s “conspiracy theory” that new State Attorney General Letitia James was personally instructed by his office to start an investigation of the president’s assets.
“The Attorney General of the State of New York is independently elected, I don’t control the Attorney General. She runs separately, Attorney General James, very qualified, great Attorney General. But he blamed me,” Cuomo said. He added that Trump is factually inaccurate in claiming in that tweet that people are leaving New York in “record numbers.”
The governor concluded his remarks on the president by pledging to “fight” Trump’s signature tax cuts “to the death.”
Interesting choice of words from a politician who supports infanticide. In January, Cuomo signed the so-called “Reproductive Health Act,” which allows a mother to abort a child practically up until the moment of birth.