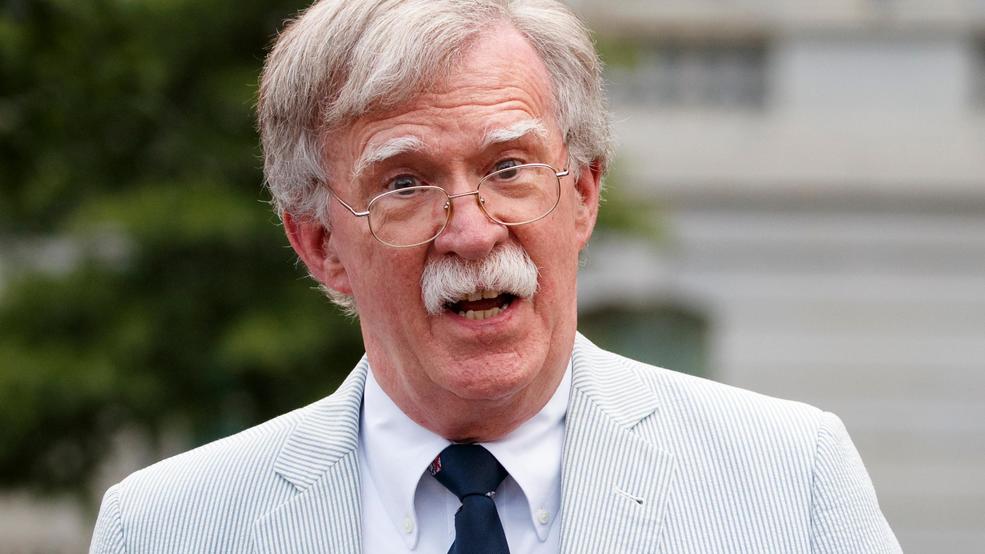 Trump Adamant That Bolton Will Not Testify

President Trump continues his game of “I would if I could, but I can’t so I won’t,” with Democrats, vowing that former national security advisor (NSA), John Bolton will never testify in the president’s impeachment trial in the Senate.

President Trump said last week in an interview with Fox News host Laura Ingraham that he would “love everybody to testify,” including Bolton, secretary of state Mike Pompeo and acting chief of staff Mick Mulvaney.

But he then went on to say, “…there are things that you can’t do from the standpoint of executive privilege. Especially a national security adviser.” Trump then added, “You can’t have him explaining all of your statements about national security concerning Russia, China and North Korea, everything. You just can’t do that.”

Therefore, according to Trump, John Bolton (and presumably the others he mentioned) will be blocked from testifying at his impeachment trial. This despite the former NSA insisting he would do so if he received a subpoena.

Democrats believe Bolton – who was ousted by Trump last September — has key insight into the president’s failed efforts to secure a so-called quid pro quo with the government of Ukraine. Bolton can provide the “firsthand” testimony that the GOP has been lacking thus far in the impeachment process. Despite the Democrat controlled House having drafted two articles of impeachment, without such firsthand accounts, Republicans have said there is actually no case against Trump.

Bolton surprised the White House earlier this week by announcing he would testify at Trump’s Senate trial if subpoenaed to do so. In a statement, he said he had tried to “resolve serious competing issues” in weighing “my obligations both as a citizen and as a former national security adviser” and concluded that he was prepared to testify.

Regardless of what the president has said regarding blocking Bolton’s testimony, there remains significant doubt that he will even be given that opportunity. Senate majority leader Mitch McConnell has joined other leading Republicans in asserting that no witnesses should be called, and claimed last week to have enough votes to start the trial on that basis.

Democrats need to persuade four Senate Republicans to join them in a vote on trial rules that would allow witnesses, something that still seems a hard-sell at this point.

House Speaker Nancy Pelosi is finally expected to send the articles of impeachment to the Senate this week.